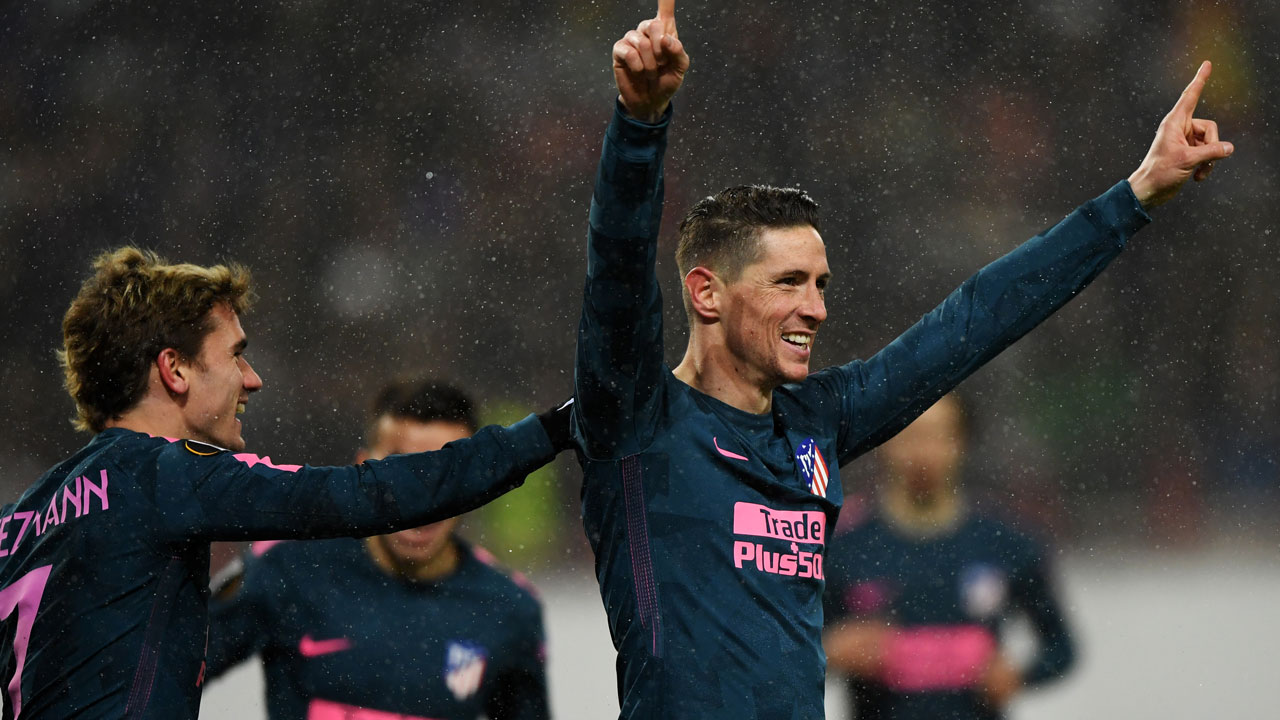 Diego Simeone's side wrapped up an 8-1 win on aggregate to book a place in Friday's quarter-final draw.

But the La Liga title challengers opened up in the second half, with Saul Niguez scoring their fifth of the tie before Torres' quickfire double.

The striker grabbed his first European goal of the season from the penalty spot in the 65th minute, before slotting home unmarked just five minutes later.

Antoine Griezmann came off the bench to round off the scoring in style, with the Frenchman dinking a delicious lob into the far top corner from Correa's lay-off after the Argentinian had created the chance by flicking the ball over a defender's head.

Elswhere, Marseille continued their excellent run with a comfortable 5-2 aggregate victory over Athletic Bilbao to reach a European quarter-final for the first time since the 2011-12 Champions League.

The French outfit took a 3-1 lead to the Basque Country and ran out 2-1 winners on the night thanks to goals from Dimitri Payet and Lucas Ocampos.

But the match was marred as visiting fans attacked and injured two security guards in the city, just three weeks after an officer died during an unrelated bout of fan violence before Bilbao's tie with Spartak Moscow.

A spokesman for the Ertzaintza, the Basque Country's regional police, said a guard was injured in the neck with "a sharp object".

Lazio joined Rudi Garcia's Marseille in the last eight after a 2-0 win at Dynamo Kiev brushed off the disappointment of last week's home draw.

A rare goal from Lucas Leiva gave the Serie A club a slender advantage and Stefan de Vrij's late strike wrapped up a 4-2 triumph overall.

RB Leipzig edged into the quarter-finals as they continued their debut European season with a 3-2 aggregate win over Zenit St Petersburg, despite out-of-form Germany striker Timo Werner missing a late penalty in Russia.

Rodrigo Battaglia sent Sporting Lisbon into the quarters for the first time in six years as the Argentinian struck in extra time to see off a spirited Viktoria Plzen in the Czech Republic.