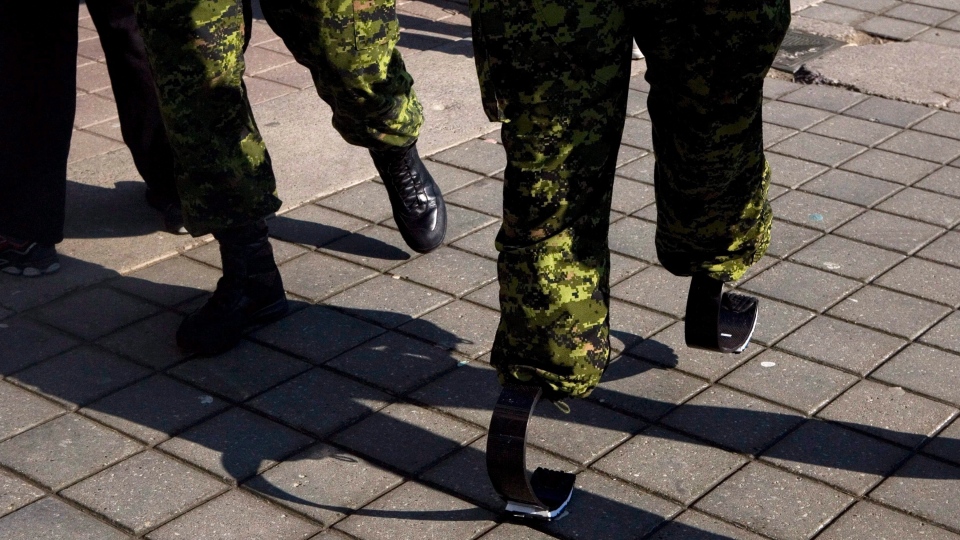 TEXAS - Wheelchair basketball and other adaptive sports could help disabled veterans boost their self-esteem and lead healthier lives, early research suggests. “Adaptive” sports have been modified to accommodate people with disabilities. While the study doesn’t prove the benefits of adaptive sports for disabled veterans, the researchers say they found a strong association between this special form of recreation and happier and healthier individuals. “A number of patients have told me even after going through rehabilitation and even after being able to accomplish activities of daily living . . . they never truly felt like themselves until they participated in adaptive sports,” said Justin Laferrier, the study’s lead author and a US Army veteran. The number of disabled US veterans has more than doubled since 2001 to 5.5 million because of the many wounded service members from the conflicts in Afghanistan and Iraq, the authors note. Laferrier, now at the University of Connecticut, formerly led amputee physical therapy at the Walter Reed National Military Medical Center in Maryland and at the Center for the Intrepid at Fort Sam Houston in Texas. He and his team write in American Journal of Physical Medicine & Rehabilitation that wheelchair sports date back to shortly after World War II, when neurologist Sir Ludwig Guttmann organized the first games at Stoke Mandeville Hospital in Aylesbury, England. Although many disabled people have benefited from adaptive sports and the moral support of comrades since then, hard evidence is needed, said Laferrier. “If you ask 100 people in a room if they thought adaptive sports and recreation was beneficial both physically and psychologically, 100 would say ‘yes,’ but then if you ask for money, they’d say, ‘Well, we don’t have any real evidence behind that, so we can’t give you money,”’ Laferrier said in a phone interview with Reuters Health. To test the effect of adaptive sports, 220 disabled veterans were recruited in 2009 and 2010 from the National Disabled Veterans Winter Sports Clinic, US Olympic Committee Warrior Games and National Veterans Summer Sports Clinic. Activities included sled hockey, archery, swimming and wheelchair basketball. Researchers looked at participation in individual sports, team sports or a combination of the two. They used various self-esteem and quality of life scales, noting physical and psychological health, social relationships and environment. The veterans had spinal cord injuries, posttraumatic stress disorder and upper or lower limb amputations, but also chronic diseases like arthritis, digestive problems, heart trouble and diabetes. The more the veterans participated in the sports after they were injured, the significantly better their quality of life. The more years they participated, the higher their self-esteem climbed, too. Those with more than 10 years of participation since their injury scored 27 on a self-esteem scale (with the highest rate being 30), compared to veterans with one to five years, who scored 23. Veterans who participated mainly in individual sports and recreation had much lower self-esteem scores at 22, whereas those who did team events or a combination of team and individual events scored higher at 25. Irene Davis of the Department of Physical Medicine and Rehabilitation at Harvard Medical School in Boston told Reuters Health by e-mail that the study “was very suggestive” of the benefits of sports/exercise for disabled veterans, although it was limited because it lacked a comparison group and focused only on athletes at athletic events. “As many veterans had been very physically active prior to their injury, the loss due to their disability can be extremely difficult for them to deal with,” said Davis, who was not involved in the study. “Engaging in sports and exercise can have a very significant impact on their self-esteem.” Davis directs a research project for the Department of Defense on improving function and quality of life in soldiers who have lost limbs or had them mangled in blast injuries and has worked in spinal cord rehabilitation, seeing the benefits of wheel chair basketball for this population, “They began to dress like athletes and they definitely carried themselves differently – with an air of confidence,” said Davis, who also directs the Spaulding National Running Center in Cambridge. Laferrier said veterans can turn to several organizations for adaptive sports, including US Paralympics, Disabled Sports USA and rehabilitation hospitals or US Veterans Administration hospitals.