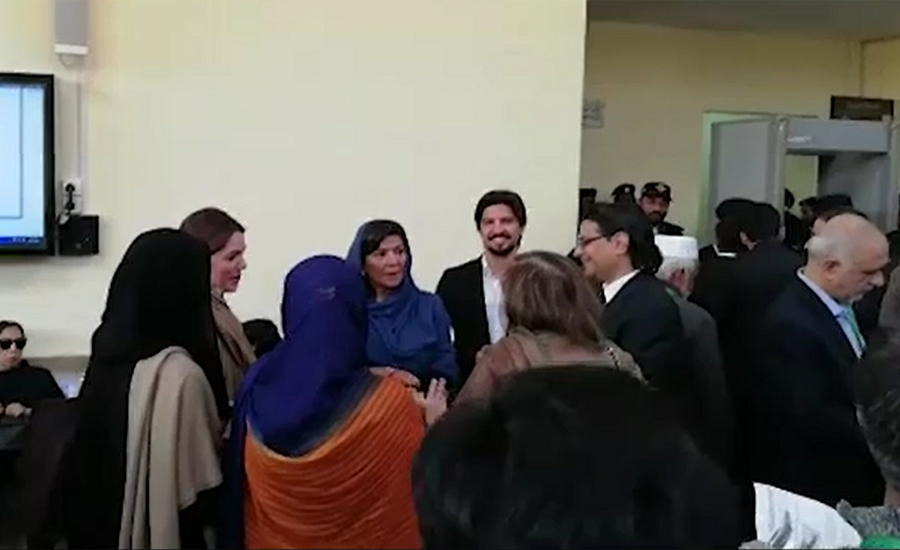 ISLAMABAD (92 News) – Aleema Khan, sister of Prime Minister Imran Khan, on Thursday presented the money trail to the Supreme Court in the foreign assets case. In the money trail, she stated that she had purchased the property in 2008 for US$370,000 and sold it out last year. “I got a loan of the half of the amount and contributed the other half,” she disclosed. Her counsel Salman Akram Raja told court that his client owes Rs 18 million to the FBR. The FIA DG said that they had traced 2,154 properties abroad and further cases are also surfacing. “The total amount will exceed Rs 3,000 million,” he said. The FBR chairman said that action will be taken against remaining owners under the model given by the SC. The FBR Operations member presented the detail of the people making payments. The court ordered Aleema Khan to pay the fine amounting to Rs 29.5 million imposed by the Federal Board of Revenue, directing the confiscation of her property if the amount is unpaid after a week. The court also ordered former senator Waqar Ahmed to pay Rs 60 million. The court also ordered the fast track action against Pakistanis purchasing properties abroad and sought report after 15 days. The CJP expressed his indignation at the institutions for not working. He also hinted at conducting the forensic audit of the FBR.