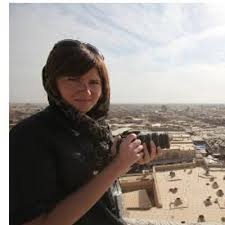 ISLAMABAD (92 News) – A foreign journalist was found dead in Islamabad on Monday, 92 News reported. A Russian-Japanese, Maria Golovnina, was working with Reuters as news agency’s bureau chief for Pakistan and Afghanistan. Golovnina’s body was found near Sector-F of the capital. Her body was shifted to the Pakistan Institute of Medical Sciences (PIMS).  Authorities have launched investigation to ascertain the cause of her death.