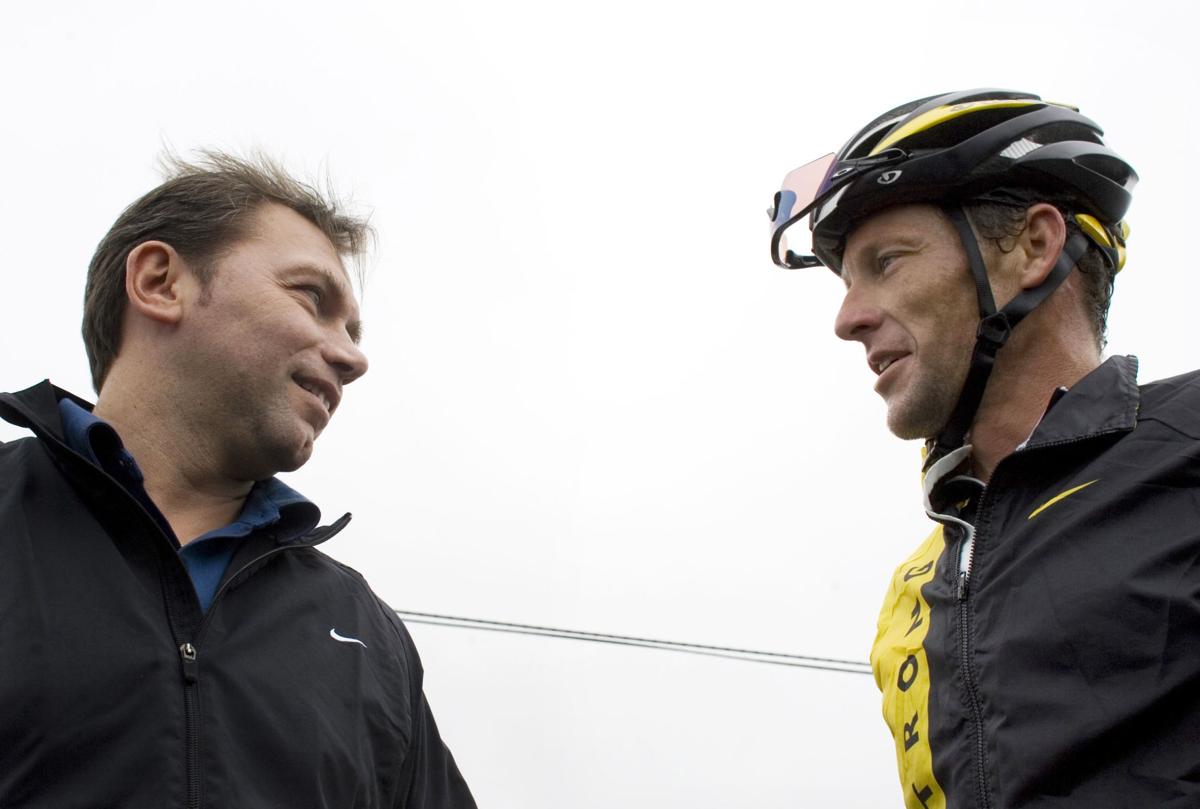 (Reuters) - Lance Armstrong’s former cycling team manager Johan Bruyneel was banned from cycling for life on Wednesday after a successful appeal by the World Anti-Doping Agency (WADA) to the Court of Arbitration for Sport (CAS).
The 54-year-old Belgian was initially banned for 10 years in 2014 by the American Arbitration Association North American Court of Arbitration for Sport (AAA) for helping orchestrate an elaborate doping programme that helped Armstrong to seven Tour de France titles. In its ruling, CAS also said doctor Pedro Celaya was handed a lifetime ban while trainer Jose “Pepe” Marti had his period of ineligibility increased to 15 years from eight. The trio all worked for Armstrong’s US Postal Service team (USPS), which changed its name to Discovery Channel after a change of sponsors in 2005, and opted for arbitration when the charges were originally levelled against them in June 2012. Armstrong was stripped of his Tour de France titles and given a lifetime ban in 2012, finally admitting his use of banned substances in an interview with Oprah Winfrey in January 2013. The AAA had said the ban given to Bruyneel, who is often described as Armstrong’s right-hand man, was “appropriate” but CAS said he was at the heart of the system and deserved more. “If a lifetime ban is a possible sanction, as it is, the Panel sees no reason why it should not be imposed in this case for Mr. Bruyneel’s active involvement in widespread, systemic doping in the sport of cycling spanning many years,” CAS said in its ruling. Bruyneel acknowledged in an open letter sent to cycling websites that “mistakes have been made”, but that he still felt USADA did not have the jurisdiction to bring charges against him. “I want to stress that I acknowledge and fully accept that a lot of mistakes have been made in the past,” he wrote on www.cyclingnews.com. “There are a lot of things I wish I could have done differently, and there are certain actions I now deeply regret. “The period I lived through, both as a cyclist and as a team director, was very different than it is today. “I would simply like to observe that we were all children of our era, facing the pitfalls and temptations that were part of the culture at the time. “We didn’t always make the best choices.”

Celaya was the team’s doctor from 1997 to 1999 and then again from 2004, and CAS said he was a willing and indispensable participant in the system which required medical supervision. He also did not appear contrite when he testified before the panel. “Quite the contrary, he continued to maintain his innocence,” said CAS. “As far as the Panel is aware, he is the only remaining member of the corrupt world of cycling during those many years to respect the ‘omerta’. “His attitude offers a serious threat to a future of clean cycling and sport generally.” Marti chose not to testify, but CAS there was no previous evidence from which it could infer contrition or any change of heart by the trainer. WADA Director General Olivier Niggli welcomed the decision. “It is the result of a long process, which was resisted at every turn by these men, who by their actions did a great deal of damage to their sport,” Niggli said in a statement emailed to Reuters. “It was always our contention that the sanctions handed down by AAA were not strong enough and, in order to stand up for clean competition and to protect the sport of cycling, we demanded more.” The United States Anti-Doping Agency, which in 2012 said the USPS team had run the most sophisticated and successful doping programme the sport has seen, also welcomed the decision. “Bruyneel, Celaya, and Marti pulled out every trick to avoid the truth and continued, even at the hearing and even in the face of overwhelming evidence to the contrary, to present a false narrative,” USADA Chief Executive Officer Travis Tygart said in a statement. “This is another powerful example that playing by the rules matters and doping is never justified and always inexcusable.”