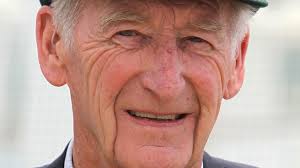 MELBOURNE – Former Australian test cricketer Lindsay Kline has died at the age of 81. Kline is best known as the man who faced the last ball of the first tied Test, between Australia and the West Indies in 1960. A left-arm wrist spinner, Kline played 13 Test matches between 1957-61, capturing 34 wickets at an average of 22.82. He took a hat-trick in just his second Test, against South Africa in Cape Town in January, 1958. "Throughout his cricket career, he was involved in some extraordinary moments that have become part of the rich history of our great game," Cricket Australia chief Executive James Sutherland said in a statement. "It has been a very sad year for Australian cricket with the passing of a number of treasured members of our community including Richie Benaud, Arthur Morris and now Lindsay Kline." Australia needed just one run to win the opening test against the West Indies in 1960 when Kline flicked a ball to square leg. His batting partner Ian Meckiff set off from the non-striker's end in a desperate dash for the single but was run out when West Indian fieldsman Joe Solomon hit the stumps with a direct throw, ensuring test cricket's first tied Test. –Reuters