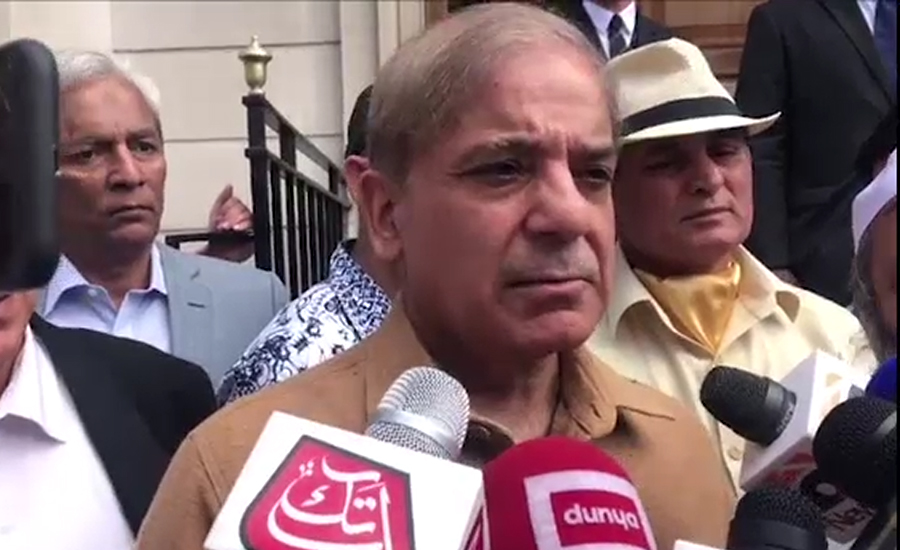 LONDON (92 News) – Punjab former chief minister Shehbaz Sharif left London for Lahore on Thursday. Talking to the media before his departure, he said that Kulsoom Nawaz is still on the ventilator. “I am going to Pakistan on the order of Nawaz Sharif,” he said. However, he did not respond to the question about Zaeem Qadri. Earlier, Shehbaz Sharif reached Harley Street Clinic, London to inquire after the health of Kulsoom Nawaz, wife of former prime minister Nawaz Sharif. Kulsoom Nawaz is being treated at Harley Street Clinic and on ventilator since she suffered a cardiac arrest.