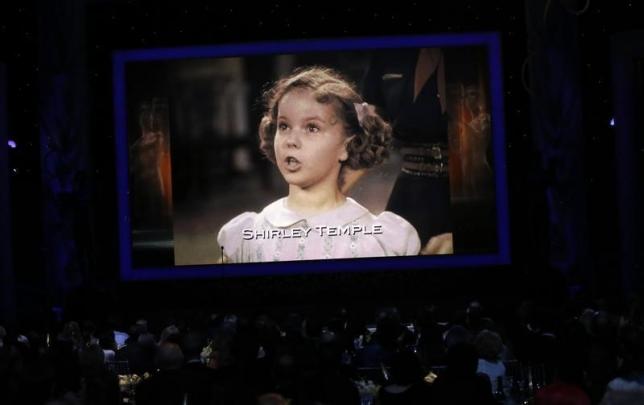 LOS ANGELES - A rare blue diamond ring belonging to the late Shirley Temple, one of Hollywood's most famous child actors, is going up for auction starting at $25 million, auctioneer Sotheby's said Thursday. The 9.54-carat Fancy Deep Blue diamond ring was purchased by Temple's father for $7,210 in 1940 around the time of the actress' 12th birthday, Sotheby's said. The ring will be auctioned on April 19 as part of Sotheby's Magnificent Jewels sale, and is estimated to be valued between $25 million and $35 million. Temple won legions of fans as a bouncy, curly-haired young star in 1930s movies such as "Bright Eyes", "Heidi" and "Curly Top." The child actress went on to forge a second career as ambassador Shirley Temple Black and died at the age of 85 in 2014. Her family previously auctioned off a selection of Temple's costumes, scripts and a dress she wore at the 1935 Oscars. -Reuters