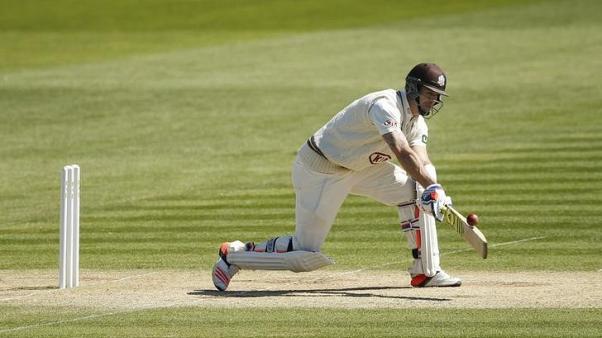 LONDON (Reuters) - Former England batsman Kevin Pietersen brought the curtain down on his playing career on Saturday in a series of messages on social media after deciding not to travel with Quetta Gladiators to Lahore for their Pakistan Super League (PSL) playoff.

Pietersen, 37, who briefly captained England in 2008-09, spent the latter part of his career playing for a number of club teams across the world after controversially being told in 2014 that he was no longer in the national side’s plans.

A hard-hitting batsman who often made playing unorthodox shots look easy, Pietersen was part of England’s 2005 Ashes-winning side and helped them win the 2010 World T20 title.

His international career ended in 2014 when the England and Wales Cricket Board (ECB) sacked him, saying that then captain Alastair Cook had to be able to trust and rely on the support of all his players.

It was in the shortest format that Pietersen delighted fans in India, playing for Delhi Daredevils and Royal Challengers Bangalore among others in the lucrative Indian Premier League.

“Boots up! Feet up! Family, animals, golf...! H O M E,” the swashbuckling batsman tweeted on Saturday, before following it up with another message to his 3.65 million followers.

Gladiators are due to face Peshawar Zalmi in Lahore on Tuesday with the final scheduled for Karachi next Sunday. All previous games in the Twenty20 league were in Dubai and Sharjah.

In a video on the Gladiators’ Twitter feed, Pietersen said: “... it is with a very hardened heart, a very sorry heart, that I have to leave Dubai, going back to London now.

“I wish I could travel but unfortunately family’s very important, family decision, and I hope that you can respect my decision and my family’s decision not to travel. “

The Gladiators tweeted: “You will be missed @KP24 Great career!! Thank you for everything. Wish you could (have) stayed with us till PSL final but we respect your decision.”

Pietersen scored seven runs in his last match for the Gladiators against Islamabad United on Thursday.

“Well done @KP24 on an fantastic career ... Not everyone’s Cup of Tea but you will do for me ... Best Batsman I had the pleasure to play with ... 1st England batsman that put fear into the Aussies .. #WellDone,” former skipper Michael Vaughan tweeted.

“Well done Kidda what a career,” former England paceman Darren Gough wrote in tweet, while the England and Wales Cricket Board simply tweeted: ‘Thank you @KP24!’