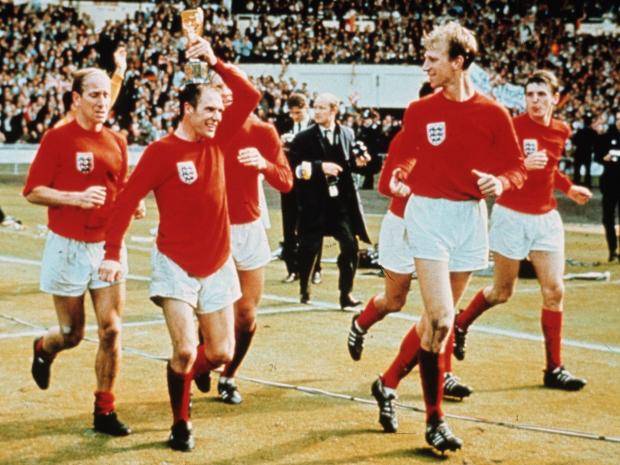 HUDDERSFIELD (Reuters) - England’s 1966 World Cup winning defender Ray Wilson has died aged 83, his former club Huddersfield Town said on Wednesday. Derbyshire-born Wilson, who made 283 appearances for Huddersfield between 1952 and 1964, was signed by Bill Shankly and went on to establish himself as first-choice left back for both club and country. At 31, he was the oldest player in England manager Alf Ramsey’s starting lineup which defeated West Germany 4-2 in the 1966 World Cup final at Wembley Stadium. Wilson, who was capped 63 times by England, was diagnosed with Alzheimer’s disease in 2004. “Huddersfield Town is devastated to learn of the passing of World Cup winner Ramon ‘Ray’ Wilson MBE at the age of 83,” the Terriers said in a statement. “Ray is arguably the most successful and best-known player ever to pull on a Huddersfield Town shirt, having been a key member of England’s World Cup-winning team in 1966.” Wilson joined Everton from Huddersfield in 1964 and helped the Merseyside club win the FA Cup two years later. “The thoughts of everybody at Everton Football Club are with Ray’s wife Pat, sons Russell and Neil, and all of his family and friends,” the club said in a statement. Wilson went on to play for Oldham Athletic and then became caretaker manager at Bradford City before retiring from the sport in 1971.