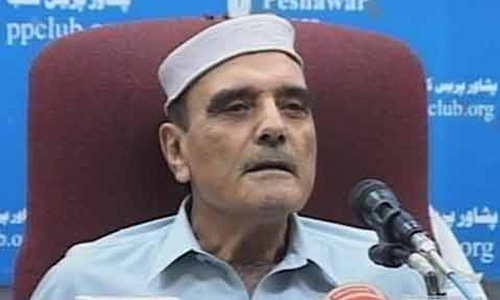 PESHAWAR (92 News) – Former federal minister Azam Khan Hoti, father of Khyber Pakhtunkhwa former chief minister Ameer Haider Hoti, passed away on Wednesday. He was 79. His funeral prayers will be offered in Mardan at 4pm today. He had been suffering from heart and lungs problems for the last several years. He was among the senior leaders of the Awami National Party. However, he was expelled from the party for leveling charges against party chief Asfandyar Wali in 2013. He was the ANP senator until 2018.