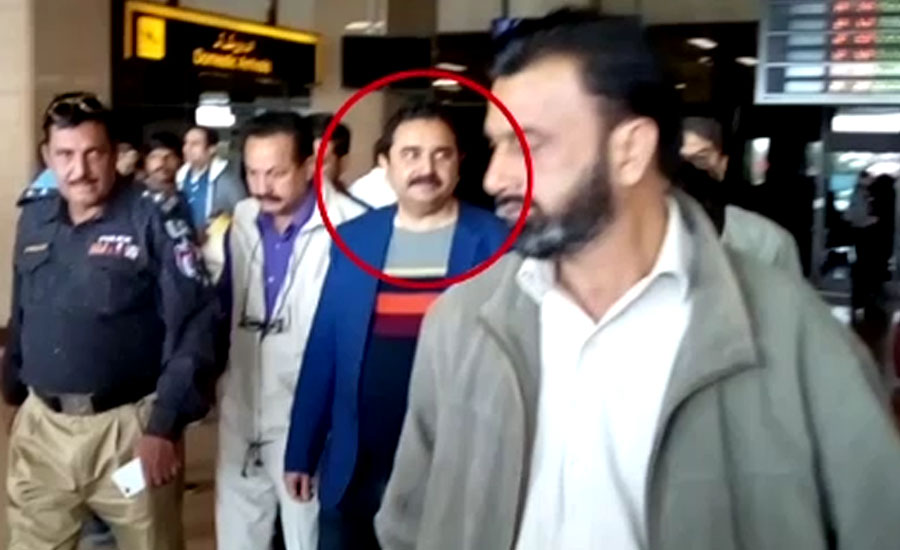 KARACHI (92 News) – The National Accountability Bureau (NAB) shifted former federal minister Kamran Michael to Karachi. Earlier on Monday morning, the NAB team left for Karachi from Lahore Airport. He was brought to airport without handcuffs. The PML-N leader was arrested by the NAB on the charges of corruption and misuse of power. An accountability court had approved five-day transit remand of Kamran Michael. Earlier, the NAB spokesperson had termed the arrest of Kamran Michael a ‘major breakthrough’, saying that Michael has been accused of illegally allotting three commercial and residential apartment plots in prime locations of KPT Cooperative Housing Society (Mai Kolachi area) in Karachi to his favourites, against which he allegedly received a huge sum. “The former federal minister abused his authority by influencing the officials to carry out his illegal orders of making allotments in 2013,” said the NAB official, adding that the trio of plots are worth Rs1.05 billion. The evidence against Michael, NAB Karachi says, was unearthed during their investigation into a corruption reference filed in a separate probe involving 16 other plots. Michael was the minister for Ports and Shipping between 2013 and 2016. He had held several other portfolios as well in federal cabinets across different tenures.