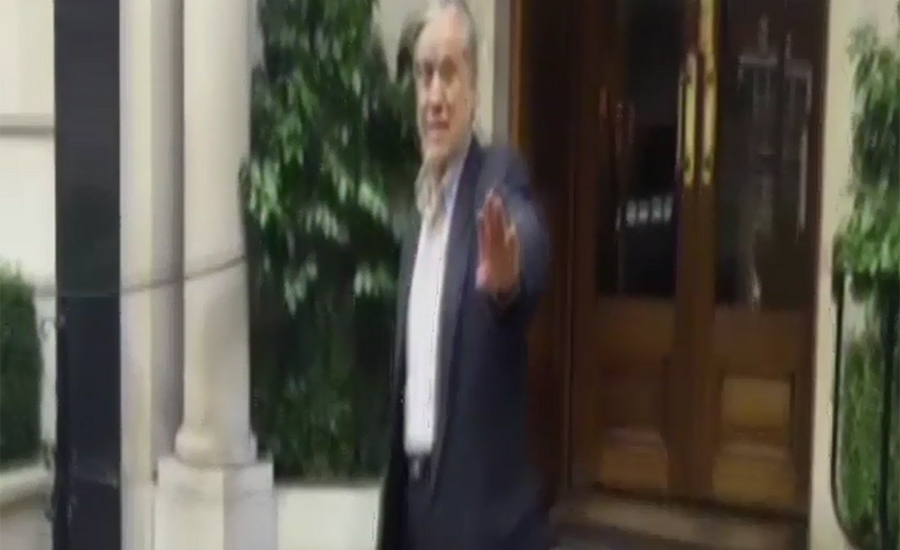 LONDON (92 News) – Former Finance Minister Ishaq Dar on Sunday spotted, when he was trying to escape from reporters but failed, in London during the former prime minister Nawaz Sharif’s media talk. A journalist captured Ishaq Dar while he was leaving the Harley Street Clinic in London after inquiring the health of Kulsoom Nawaz. In the video clip, It can be seen that Ishaq Dar was walking silently and passing backside of the media talk of Nawaz Sharif. He was looking like a healthy person, although, he was reportedly undergoing a medical treatment for health disease. It is pertinent to mentioned here that Ishaq Dar was declared absconder by the accountability court in a corruption reference after the former finance minister repeatedly failed to join the trial. He has been in London for some time now, where he is said to be undergoing medical treatment. He is accused of amassing assets beyond his known sources of income.