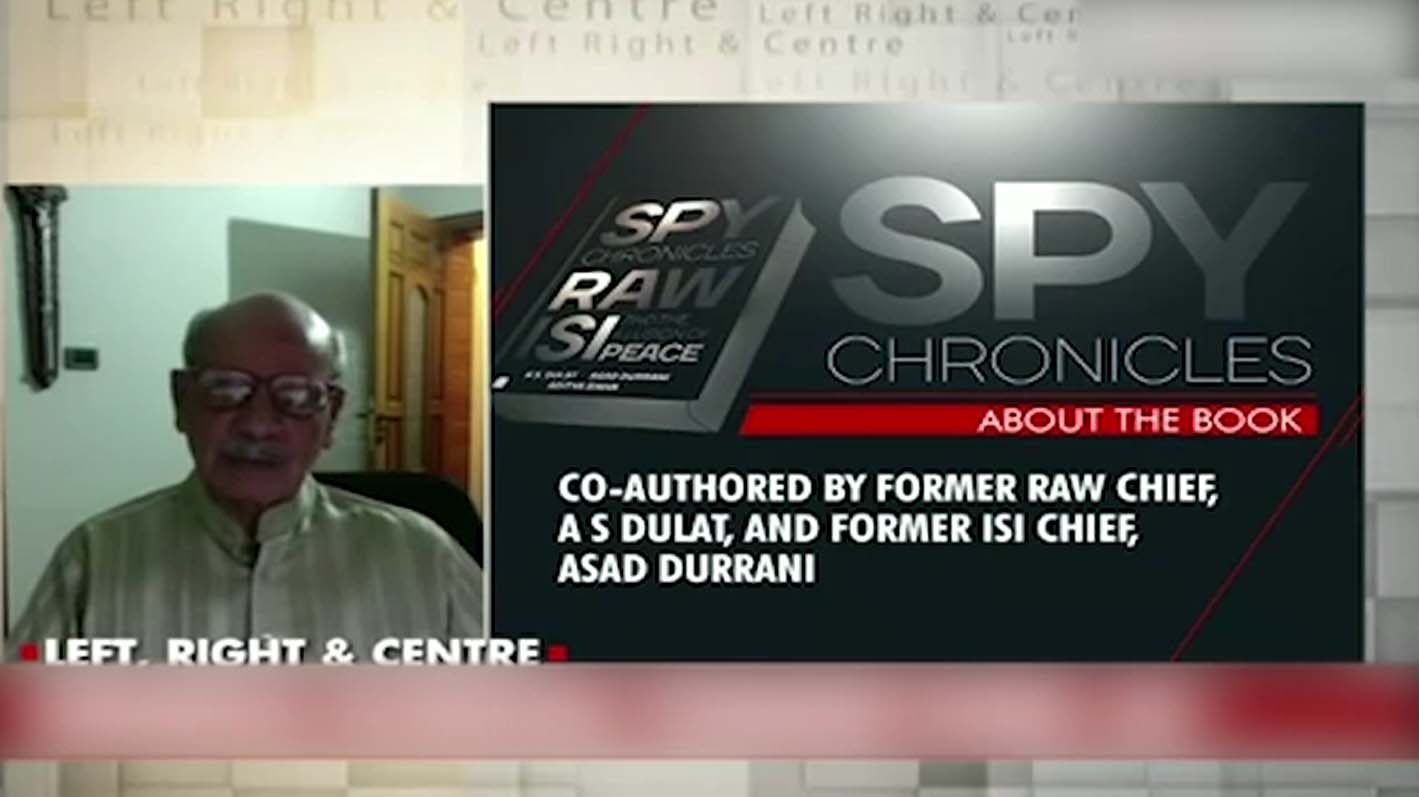 RAWALPINDI (92 News) – Inter-Services Intelligence (ISI) former chief Lt Gen Asad Durrani (r) has been called to General Headquarters (GHQ) to explain his position on the views attributed to him in his book, Inter-Services Public Relations (ISPR) Director General (DG) Maj Gen Asif Ghafoor confirmed. According to the tweet of DG ISPR, Asad Durrani was being called in the GHQ on May 28. “Durrani will be asked to explain his position on views attributed to him in book ‘Spy Chronicles’.” In his tweet, Maj Gen Ghafoor further said that the attribution is taken as a violation of Military Code of Conduct applicable on all serving and retired military personnel. 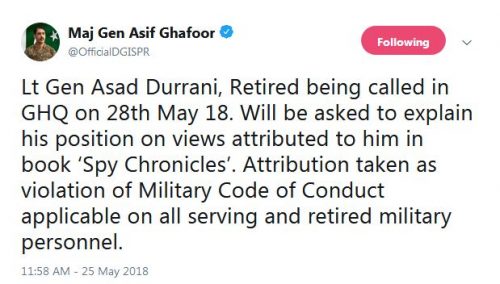 The recently released book titled The Spy Chronicles: RAW, ISI and the Illusion of Peace has been co-authored by former RAW chief A S Dulat and former ISI chief Lt Gen Asad Durrani. The book is said to be mainly a series of discussions conducted between the two former adversaries on a range of topics by journalist Aditya Sinha.