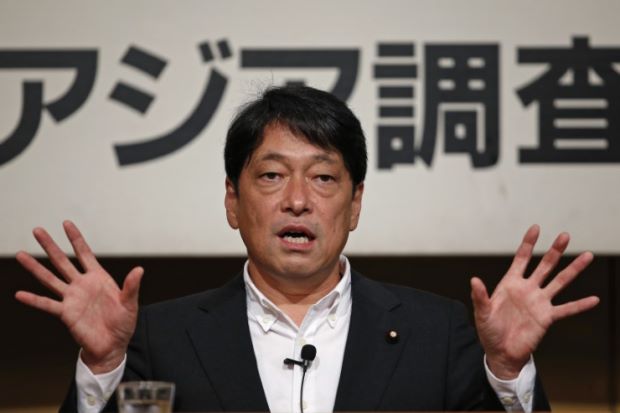 TOKYO - A former Japanese defence minister may be chosen to replace the embattled incumbent minister, who is under pressure due to a cover-up scandal that has reportedly also prompted the army chief to resign, media said on Thursday.

Defence Minister Tomomi Inada has launched an investigation into media reports that defence officials had tried to hide logs showing worsening security in South Sudan, where Japanese troops were taking part in a U.N.-led peacekeeping operation.

Inada, a protege of Prime Minister Shinzo Abe, has denied reports she was directly involved in the cover-up but is expected to be replaced in a cabinet reshuffle likely to take place early next month due to the scandal, as well as a series of gaffes and missteps.

Kyodo news agency said Abe is likely to choose as her successor somebody who has already served in the post in an effort to project an image of stability as he battles a number of scandals.

Potential candidates include Itsunori Onodera, Kyodo said, who served as defence minister for nearly two years from 2012, when Abe returned to power, and is widely regarded as a safe pair of hands for the job.

The cover-up scandal has also led General Toshiya Okabe, chief of staff of the Ground Self Defence Forces, to decide to resign, media reported. A defence ministry spokesman declined to comment.

A defence ministry report on investigations into the cover-up is due out as early as Friday, media reports have said. -Reuters