WELLINGTON - Tributes flowed on Thursday for former New Zealand cricket captain Martin Crowe, who died after a long battle with cancer. He was 53. Widely considered New Zealand's finest batsman, Crowe was initially diagnosed with follicular lymphoma in 2012 before the disease went into remission. In September 2014, however, Crowe said a more aggressive form, double-hit lymphoma, had developed and he had been told only five percent survive more than 12 months. New Zealand Cricket Chief Executive David White paid tribute to Crowe's contribution to the game. "It's incredibly sad and hard to believe he has been taken from us so early," White told Radio New Zealand. "Our hearts go out to his family and close friends. "Over the next few days and weeks we will celebrate his life and outstanding contribution to New Zealand and world cricket." Crowe's funeral will be held in Auckland on March 11. The Dean of Auckland's Holy Trinity Cathedral, Jo Kelly-Moore, said: "Martin's life is being remembered today across the nation and the world as a husband, father, brother and cousin, batsman, hero, friend and sporting champion. "The funeral will be a time for those private and public memories to join together." After making his first class debut as a teenager, Crowe played the first of his 77 tests against Australia in 1982. He went on to score 5,444 runs at an average of 45.36 with 17 centuries, still a record for the country. He had a top-score of 299, falling a single short of becoming the first New Zealander to score a test triple century, against Sri Lanka in 1991. That mark stood until Brendon McCullum scored 302 against India in 2014. The elegant right-hander also scored 4,704 runs at an average of 38.55 in one-day internationals. 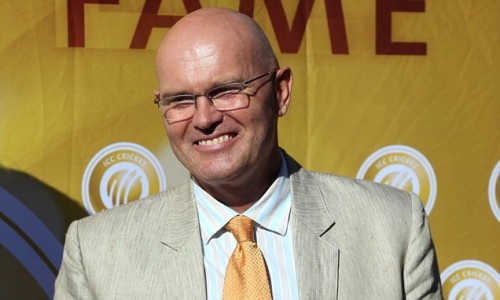 His death was keenly felt in cricketing circles, with an outpouring of tributes flowing on social media. "Very sad to hear of the passing of Martin Crowe this morning. An inspiration to me and so many others. One of our true greats," former New Zealand captain Stephen Fleming wrote on Twitter. Cricket Wellington, one of the three first class teams Crowe played for in New Zealand, described him as "a genius, true legend of the game", while former Indian legspinner Anil Kumble called him a cricketing icon. New Zealand Cricket issued a short statement acknowledging Crowe's death on their website on Thursday and a spokesman said they were honouring his family's wishes for privacy. Crowe had been scathing of NZC's administration in the latter stages of his life, particularly in the way Ross Taylor, who Crowe mentored, was sacked from the captaincy in late 2012. Local media reported at the time Crowe had even burned his New Zealand blazer because of the decision. -Reuters