Former PM Nawaz Sharif says not contacted anyone for NRO 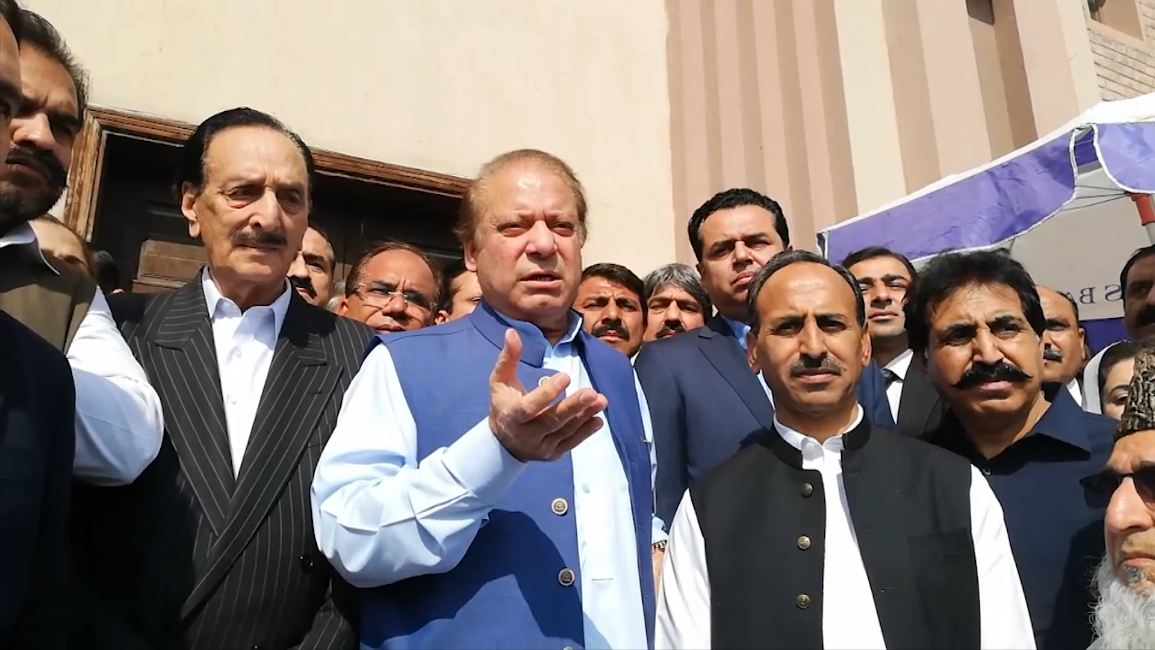 Former PM Nawaz Sharif says not contacted anyone for NRO

ISLAMABAD (92 News) – Former prime minister Nawaz Sharif on Monday broke silence and said that he had not contacted for an NRO. Talking to the media outside the accountability court, he said that those leveling the allegation of the NRO should pluck up courage and disclose the name of the person seeking the NRO. Lauding the performance of Shehbaz Sharif, the former premier said that work hard of Shehbaz Sharif could be seen across Punjab. He said that nothing could be proved against Shehbaz Sharif in the Ashiana case and now a case of assets beyond means is being constituted. “Can anyone tell why all this is happening?” he questioned. The former prime minister said that he could not come out of shock of the tragic death of his wife. “I have one wish, i.e., she (wife) was taking her last breath and I was behind the bars,” he sighed. About the controversial TV interview of Fawad Ch, Nawaz Sharif’s lawyers gave up the intention of legal action against him. On Saturday, lawyers were asked to file a petition against Fawad Ch.