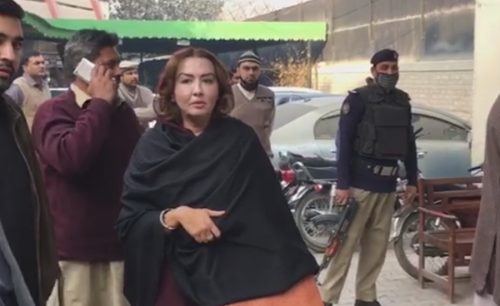 The PPP works gathered outside the NAB office at Khyber Road. The former minister and his wife are facing the NAB reference in assets beyond unknown income sources. – NAB files reference against Arbab, Asma – NAB Khyber Pakhtunkhwa filed a reference in the accountability court Peshawar after completion of investigation against Arbab, Asma and others for accumulation of assets beyond known sources of income. During investigation, it was revealed that accused accumulated huge assets worth millions of rupees disproportionate to their known sources of income. Taking cognizance of the case, NAB Khyber Pakhtunkhwa started inquiry into the matter to ascertain the facts.