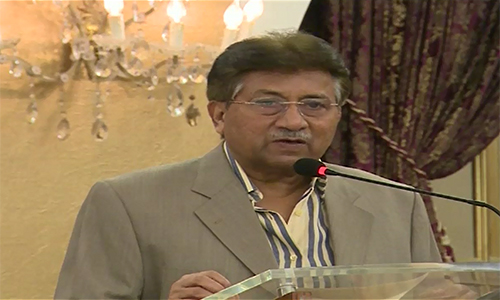 KARACHI (92 News) – Former president Pervez Musharraf has rejected the statement of US journalist Mark Seigel, terming it a pack of lies. In a statement on Friday, he said that the allegation of a threatening call to the slain PPP chairman Benazir Bhutto against him is surprising. “Had BB a threat from me she would have not requested me for security in writing,” he said. He said that Mark Seigel’s statement should be condemned. “Opponents want to use the statement of Mark Seigel against Pakistan,” he added. He said that he had not phoned Benazir Bhutto in 2007. “I made no telephonic contact with her in America,” he said. "I once talked to Benazir Bhutto. I had no mobile phone." The former president said that Mark Seigel had not mentioned any word about her in his book. "If I had threatened Benazir Bhutto, then why Asif Zardari, who remained president for five years, did not take action against me," he added.