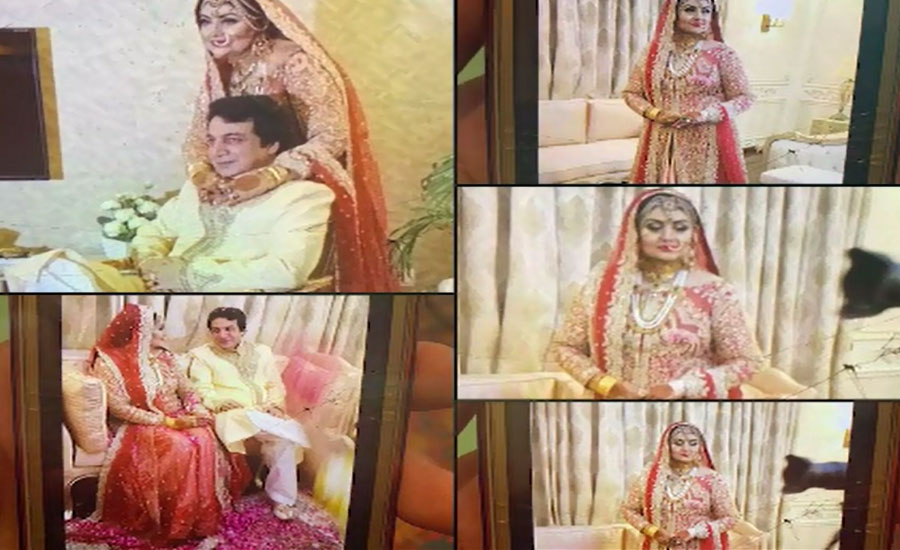 LAHORE (92 News) – Former veteran Punjabi actress Anjuman has remarried to a Rawalpindi trader, fellow producer and director Waseem Lucky Ali after a gap of around six years. It is pertinent to mention here she was one of the most successful artists of Punjabi cinema in the past. According to the reports, the secret wedding of the 64-year-old actress took place on June 17 and was attended by only close family and friends. But the news was revealed earlier this week when pictures of the ceremony were leaked onto social media. The two have now publicly confirmed the wedding. Anjuman had performed her first marriage with income tax commissioner Mubeen Malik and shifted to UK. However, in 2013, her husband was murdered. Anjuman was one of the most popular actresses in the Punjabi film industry who shot to stardom in the 1980s and 1990s starring in films like Wadey Ki Zanjeer, Sher Khan, Chan Varyam, Jeedar, and others. She is known for starring in lead roles alongside legendary Punjabi film actor Sultan Rahi, and has also co-starred with in non-Punjabi films with leading actors like Waheed Murad, Mohammad Ali, and Nadeem.