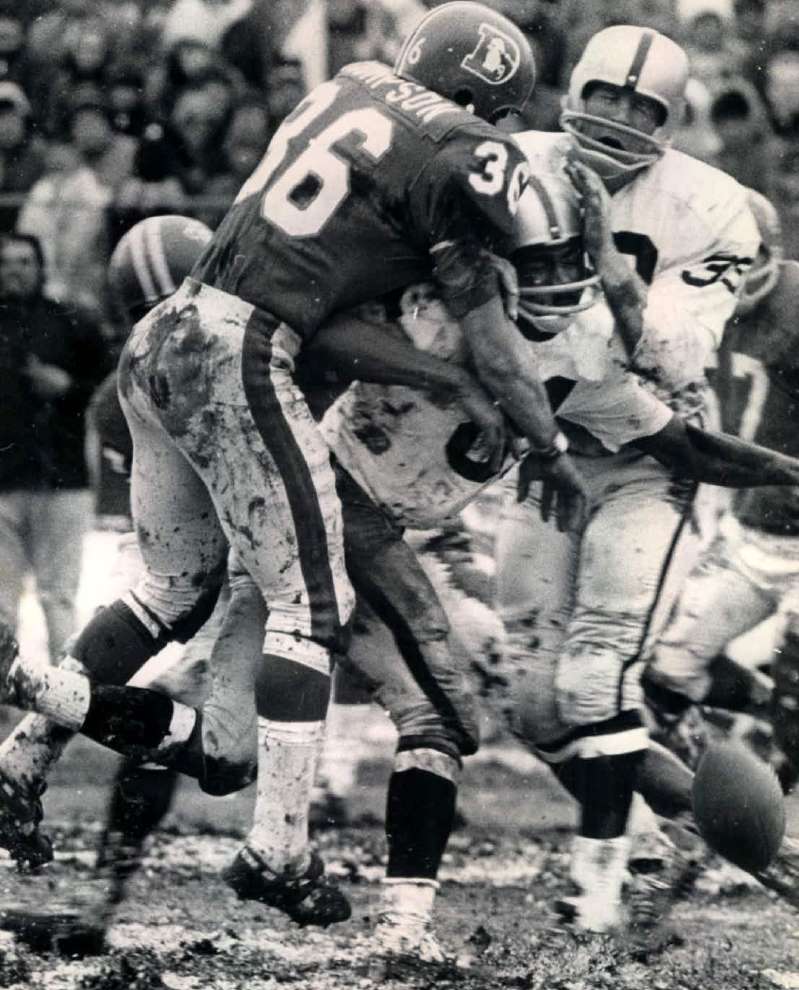 LONDON (Reuters) – Former Oakland Raiders star wide receiver Warren Wells died Thursday, the team announced. Wells, who was 76, died from congestive heart failure in Beaumont, Texas, according to the San Jose (Calif.) Mercury News. The team posted on its Twitter account: “The Raiders mourn the passing of Warren Wells, who was an integral part of the Raiders’ vaunted vertical passing game. He will forever be a part of Raiders lore. The thoughts and prayers of the entire #RaiderNation are with the Wells family at this time.” Wells was a major star for the Raiders from 1967-70 before off-the-field problems derailed his career. He caught 156 passes for 3,634 yards and 42 touchdowns in 56 games with the team. The touchdown receptions rank fifth in team history, and his 23.3 yards per catch rank first for players with 100 or more receptions.
Wells topped 1,000 yards twice for the Raiders. He averaged 26.8 yards per catch in 1969 when he caught 47 passes for 1,260 yards and 14 touchdowns. Wells missed the 1971 season after being sent to prison for 10 months for violating probation related to an attempted rape case. Wells attempted a comeback with the Raiders the following season but was released. “John Madden told me that if Warren Wells could have kept his life straight, he would have been the greatest receiver in the history of the Oakland Raiders,” former Raiders wide receiver Cliff Branch told raiders.com. Wells also played nine games for the Detroit Lions in 1964.