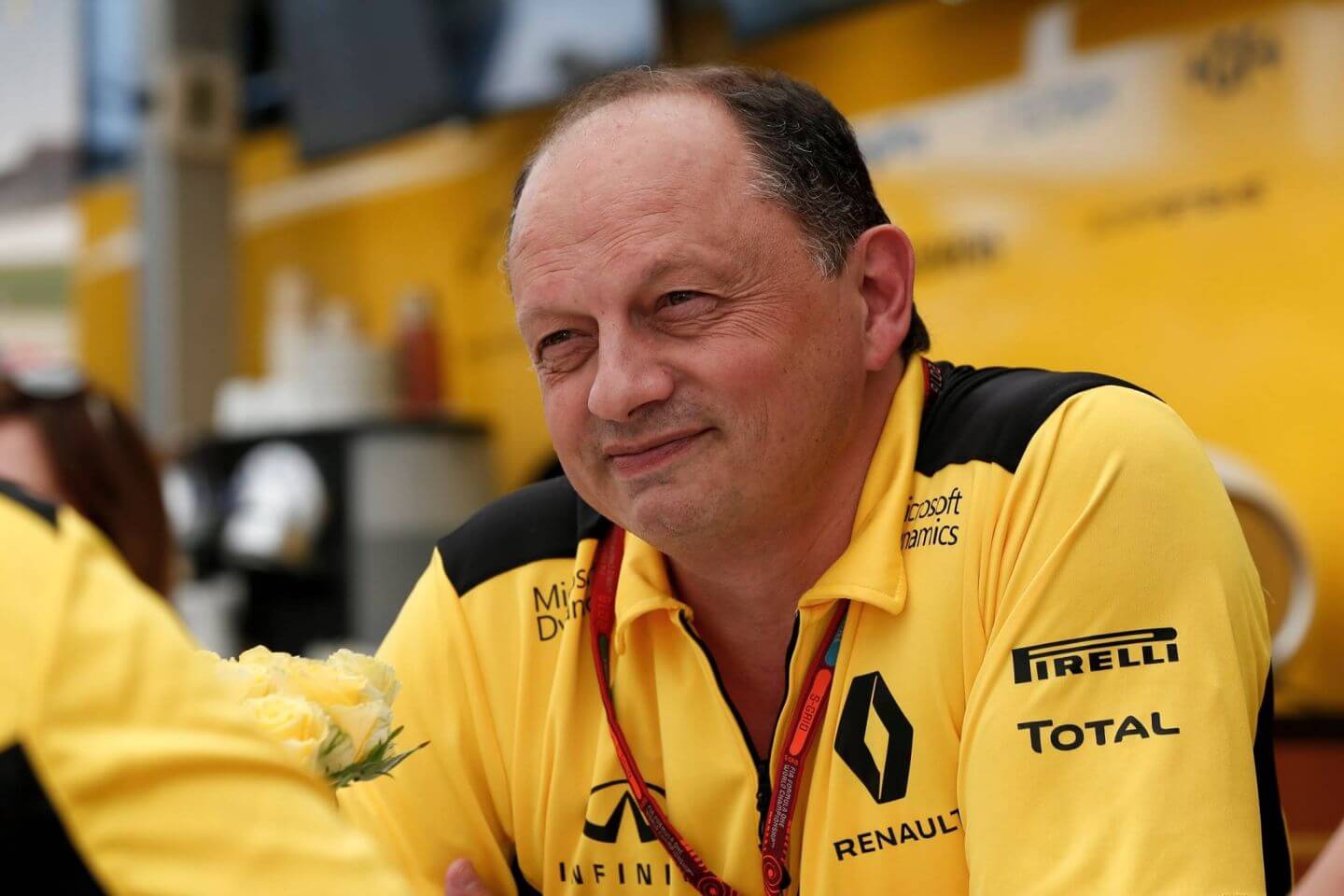 LONDON - The Sauber Formula One team appointed Frederic Vasseur as their new boss on Wednesday, with the former Renault team principal set to join after the weekend's British Grand Prix at Silverstone.

The Frenchman replaces Monisha Kaltenborn, the sport's first female principal, who left the Swiss-based team on June 21 after a disagreement with the new owners over the future of the company.

"We are delighted to announce the appointment of Frederic Vasseur as Managing Director and CEO of Sauber Motorsport AG, as well as team principal of the Sauber F1 Team, effective July 17," Sauber said in a statement.

Vasseur parted company with Renault in January, pointing to fundamental disagreements with management of the French constructor.

"If you want to perform in F1, you need to have one leader in the team and one single way," he said at the time. "If you have two different visions then the result is that the work inside the team is slow."

Vasseur arrives at a team that has fallen from its previous status as a solid midfield outfit, with Sauber currently ninth of the 10 teams and ahead of only struggling former champions McLaren.

They are currently using year-old Ferrari engines but are due to switch to Honda -- McLaren's partners whose current power units have been uncompetitive and unreliable -- next season in a deal negotiated by Kaltenborn.

That deal is already subject to media scrutiny, with Germany's Auto Bild reporting on Tuesday that it could be scrapped. Honda have said they do not comment on speculation.

Vasseur has a reputation for success in the junior series with his ART team and knows his way around the Formula One paddock.

He said he was proud to be joining Sauber and thanked the company’s shareholders for their trust in him.

"I’ve been impressed by the facilities in Hinwil and by the talent and ambition of the workforce," he added.

"I am convinced that all together we will achieve ambitious targets. I cannot wait to start working with our drivers, engineers and all the staff." -Reuters