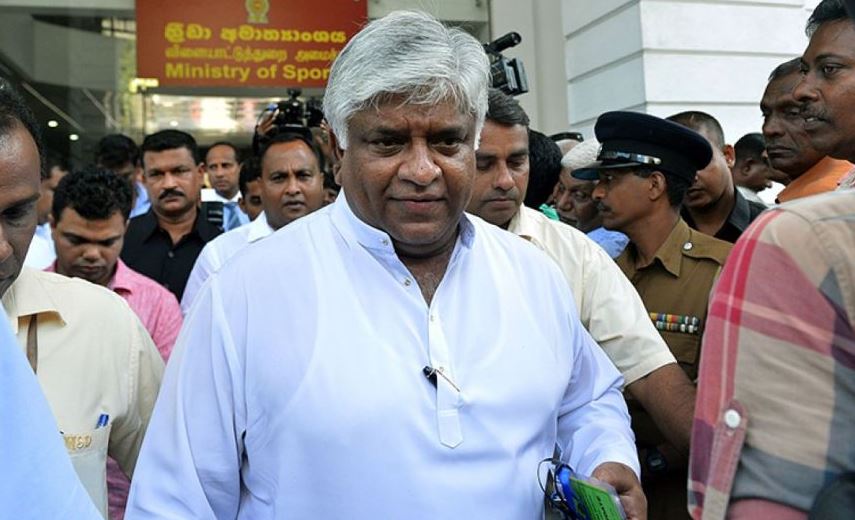 COLOMBO (92 News) – Sri Lankan police have arrested deposed oil minister Arjuna Ranatunga over a shooting that killed one person on the weekend. According to the police spokesman Ruwan Gunasekera, Colombo Crime division arrested Ranatunga over the shooting incident and he will be produced to the court shortly. President Maithripala Sirisena on Saturday declared that the cabinet had been dissolved with the appointment of a new prime minister a day earlier. Since then, members of trade unions linked to the new prime minister, Mahinda Rajapaksa, have blocked ministers from the old cabinet from entering their ministries. Police said earlier that in an altercation on Sunday, when Ranatunga tried to enter his office, his security guard shot and killed one person and wounded two. Ranatunga also scored more than 5,000 runs for Sri Lanka in 93 Tests for the nation, and also played 269 one day internationals.