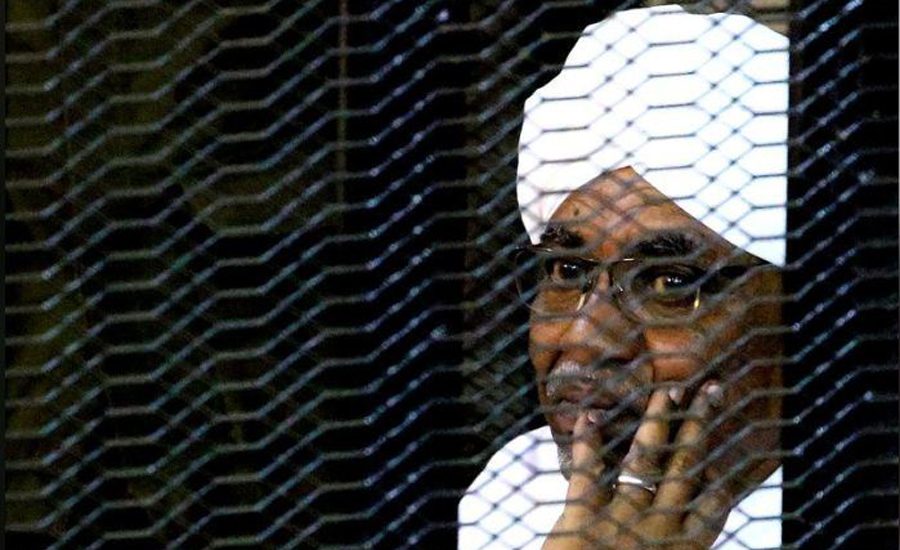 KHARTOUM (Reuters) - A Sudanese court on Saturday convicted former president Omar al-Bashir on corruption charges and sentenced him to two years of detention in a reform facility, the first ruling against the ex-leader ousted by mass unrest. The presiding judge said Bashir, 75, who was deposed by the military in April following months of street protests against his three-decade rule, was being sent to the reform facility, rather than a prison, on account of his age. He also ordered the confiscation of millions of euros and Sudanese pounds found in Bashir’s residence when he was toppled. Bashir’s prosecution is a test of how fast and how far military and civilian authorities now sharing power in Sudan will act to overturn his legacy. Ahead of Saturday’s verdict, hundreds of supporters of the Islamist ex-president gathered in streets near the presidential palace in the capital Khartoum. Troops and military vehicles were deployed in the area, blocking access to the palace and the Defence Ministry, and there was a heavy security presence at the court. Bashir is also wanted by the International Criminal Court, which issued arrest warrants against him in 2009 and 2010 on charges of genocide, war crimes and crimes against humanity in Sudan’s restive Darfur region. Dressed in traditional white robes and a turban, Bashir watched silently from inside a metal defendant’s cage while the judge, Al-Sadiq Abdelrahman, read out the verdict on Saturday. “The convict, Omar al-Bashir, is consigned to a social reform facility for a period of two years..The sums of foreign and national currency that were seized are confiscated,” Abdelrahman said.

Ahmed Ibrahim al-Tahir, Bashir’s lead defence lawyer, said he would appeal. “The judge made the ruling based on political motives, but despite that we still have confidence in the Sudanese judiciary,” Tahir told reporters. Several other judicial cases have been launched in Sudan against Bashir. In May he was charged with incitement and involvement in the killing of protesters, and this week he was summoned for questioning over his role in the 1989 military coup that brought him to power. Authorities running Sudan under a three-year, power-sharing deal struck in August are eager to demonstrate progress in the country’s political transition ahead of the first anniversary of the start of the uprising against Bashir. On Thursday, the Sudanese military officer in charge of removing the powers of the old regime announced that Sudan’s bar association and trade union governing bodies were being dissolved, according to state news agency SUNA. He also announced that a committee was being formed to dissolve the assets of Bashir’s National Congress Party. Protests triggered by a deepening economic crisis began to spread across Sudan on Dec. 19, 2018. Nearly four months later, a group of military generals removed Bashir from power and jailed him in Khartoum’s Kobar prison where he had incarcerated thousands of opponents of his repressive rule.