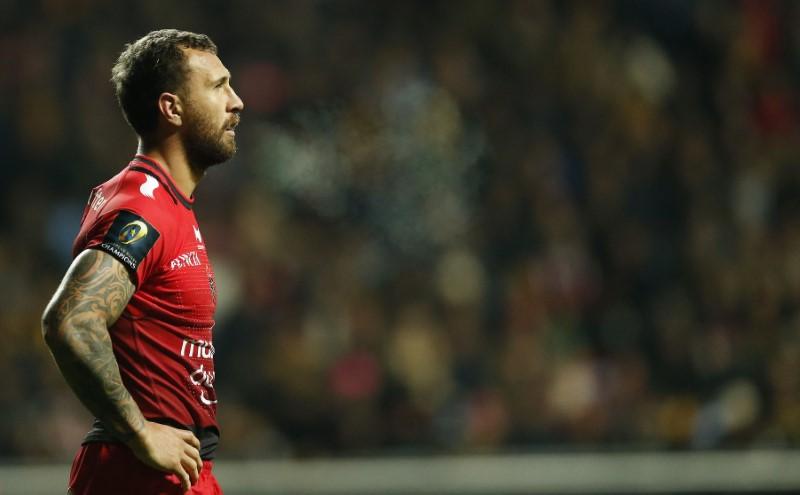 SYDNEY (Reuters) - Former Australia flyhalf Quade Cooper’s tenure with the Queensland Reds appears to be over after new coach Brad Thorn told him he was not part of the team’s plans for the next Super Rugby season.

The 29-year-old Cooper, who was also dumped by the Wallabies earlier this year, returned to Brisbane after just one season in Europe in 2015 and was contracted with the team until after the 2019 season.

He had been expected to report back for pre-season training on Monday but was told by the former All Blacks lock he probably would not feature in next year’s competition, the Courier-Mail reported on Sunday. “I’ve had an honest conversation with Quade and where he currently sits in our plans,” Thorn told the newspaper. “He’s not training with the Reds at the moment and training with his club (Brisbane City) instead.”

Cooper had been listed on the Reds’ website as being part of their Super Rugby squad for next season as late as last Wednesday. He was one of only two specialist flyhalves in the squad with Australia under-20 pivot Hamish Stewart.

Cooper has also appeared 70 times for the Wallabies but was dropped by coach Michael Cheika after playing against Italy in June.

The Reds, who won the Super Rugby title in 2011, have struggled since 2014 and consistently been one of the poorer performing Australian teams.

Thorn replaced Nick Stiles, who had been an interim co-coach of the Reds in 2016 with Matt O‘Connor before he got the head coaching role, at the end of last season. The Reds won just four games last season and face the Melbourne Rebels in their opening match of the revamped 2018 competition, which has been reduced to 15 sides.