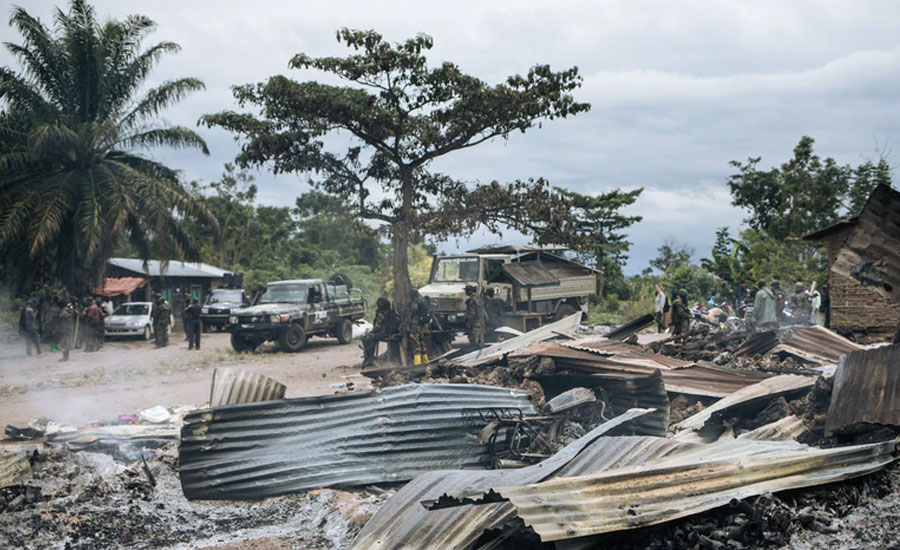 KINSHASA (Reuters) - Forty-six civilians are reported to have been killed in an attack by suspected Islamist militants on a village in eastern Democratic Republic of Congo, a senior provincial official said on Thursday.

Local security forces have been dispatched to the village in Irumu territory to investigate, provincial interior minister Adjio Gidi said by phone.

“The death toll as of this afternoon is reported to be 46,” Gidi said.

He said the Allied Democratic Forces (ADF) were behind the raid. The Ugandan armed group is believed to have carried out a string of massacres in eastern Congo, killing more than 1,000 civilians since the start of 2019, according to U.N. figures.

After being alerted to the latest violence, troops went to the village and are in the process of recovering bodies, local army spokesman Jules Ngongo said. He did not say how many had been killed.

Congo’s eastern borderlands with Uganda, Rwanda and Burundi are home to a constellation of over 100 different militias, many remnants of its brutal civil wars that officially ended in 2003.

Islamic State has claimed responsibility for many suspected ADF attacks in the past, although U.N. experts have not been able to confirm any direct link between the two groups.