Four Americans to be monitored for Ebola virus 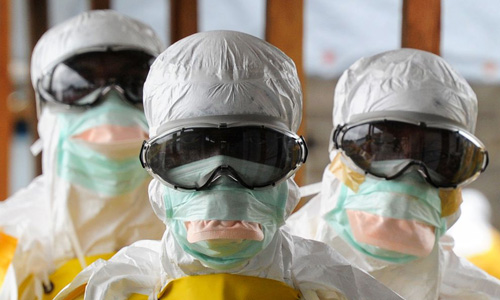 Four Americans to be monitored for Ebola virus

NEBRASKA - Four Americans who may have been exposed to the deadly Ebola virus in Sierra Leone have arrived in the United States and are being observed at the University of Nebraska Medical Center, the hospital said on Sunday. The individuals arrived on Saturday and are being housed on the University of Nebraska Medical Center campus in Omaha, where medical personnel will monitor them for 21 days for any Ebola symptoms, hospital spokesman Taylor Wilson said. "They're not sick and not contagious," Wilson said. A US healthcare worker who tested positive for Ebola while in Sierra Leone arrived at the National Institutes of Health in Maryland on Friday and was in serious condition, the NIH said. The people under observation in Nebraska are among at least 10 Americans flown to the United States by non-commercial air transport who may have been exposed to the unidentified Ebola patient in Sierra Leone or had a similar exposure to the virus as the patient. While the virus has killed about 10,000 people in Sierra Leone, Liberia and Guinea, only a handful of cases have been seen in the United States, Spain and Britain, almost all of them contracted in West Africa. A debate in the United States arose last fall on how mandatory quarantines in a number of states for health workers returning from Ebola-ravaged West African countries could potentially discourage potential medical volunteers. Wilson said he could not provide the genders of any of the patients in Nebraska or any other details about them. The other individuals are expected to be monitored at the NIH or at Emory University Hospital in Atlanta, the CDC said. CDC officials and officials in Maryland and Atlanta were not immediately available for comment on Sunday. The CDC had said all the individuals who were being flown back to the United States were free of symptoms. - Reuters On Friday, CDC sent a team to Sierra Leone to investigate how the healthcare worker had become infected, and determine who might have been in contact with the worker.