Four children killed as fire breaks out in house 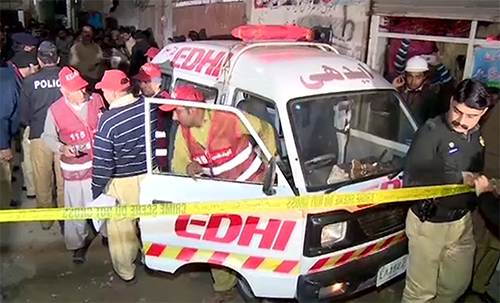 Four children killed as fire breaks out in house

LAHORE (92 News) – At least four children of a family were killed while another sustained injuries when their house caught fire after cylinder blast in Lahore’s Hassan Town area on Thursday.

According to rescue sources, the fire broke out due to short circuit, resultantly killing four children including girl Naftain, 7, Hanan, 3, Arslan, 6, and Usman, 8, while their mother and sister Safina Batool received serious injuries who was shifted to Mayo hospital.