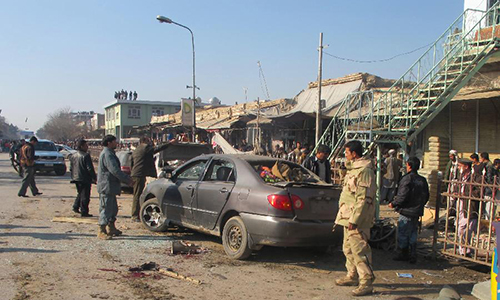 KUNDUZ, Afghanistan – At least 20 people, including four commanders, were killed in an explosion in northern Kunduz province of Afghanistan on Saturday, 92 News reported. The incident took place in Khanabad district where a gathering of the local militia forces personnel was targeted. Provincial police spokesman Sarwar Hussaini confirmed the incident and said at least 20 personnel of the local militia forces were killed. District Administrative Chief Hayatullah Amiri said a vehicle packed with explosives was detonated near the gathering of the militia forces which left at least 20 dead, including their four commanders. No group including the Taliban militants has so far claimed responsibility behind the incident.