Four condemned convicts sent to the gallows across Punjab 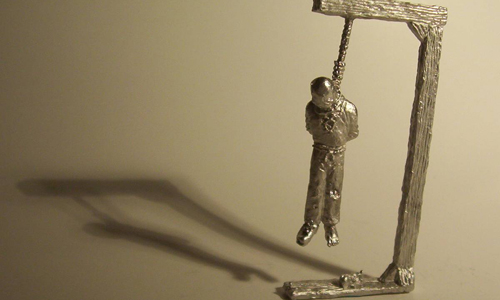 Four condemned convicts sent to the gallows across Punjab

LAHORE/BAHAWALPUR/SAHIWAL (92 News) – As many as four convicted murderers were hanged in different cities of Punjab on Wednesday morning. Those hanged included Rizwan who was convicted of murdering industrialist Seth Abid’s son and five other people. As many as 150 people have been hanged since the government lifted a de facto moratorium on death penalty in December last year.