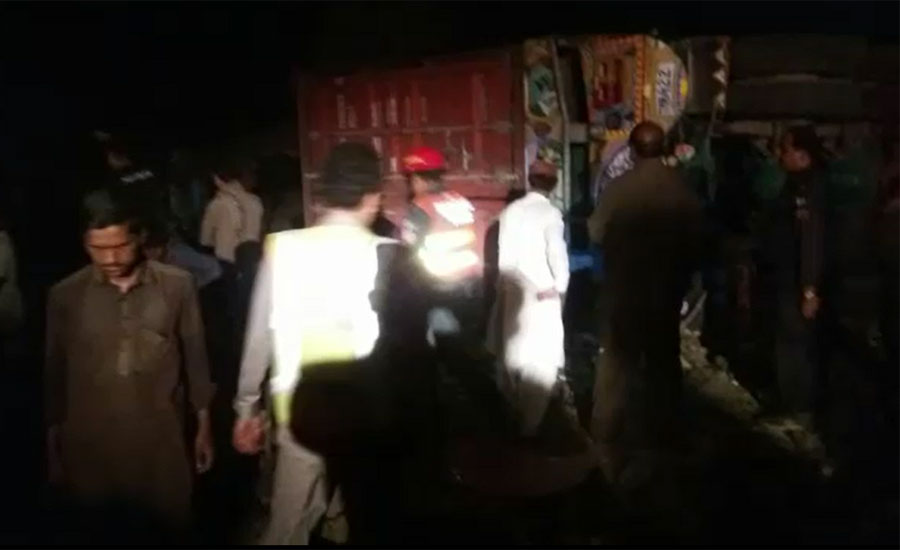 RAHIM YAR KHAN (92 News) – Four people, including three woman, died near the Tarinda Muhammad Panah village in Raheem Yar Khan (RYK). As per details, the heavy-duty vehicle was travelling from Lahore to Karachi, near the Tarinda Muhammad Panah village, when the container on it overturned on one of the houses in the squatter settlements, resulting in six casualties – of which four died and two were injured. In a similar incident in Multan’s Shujaabad locality, four labourers were killed and three injured after a dumper truck ploughed into the labourers working at the Basti Dad Motorway Interchange.