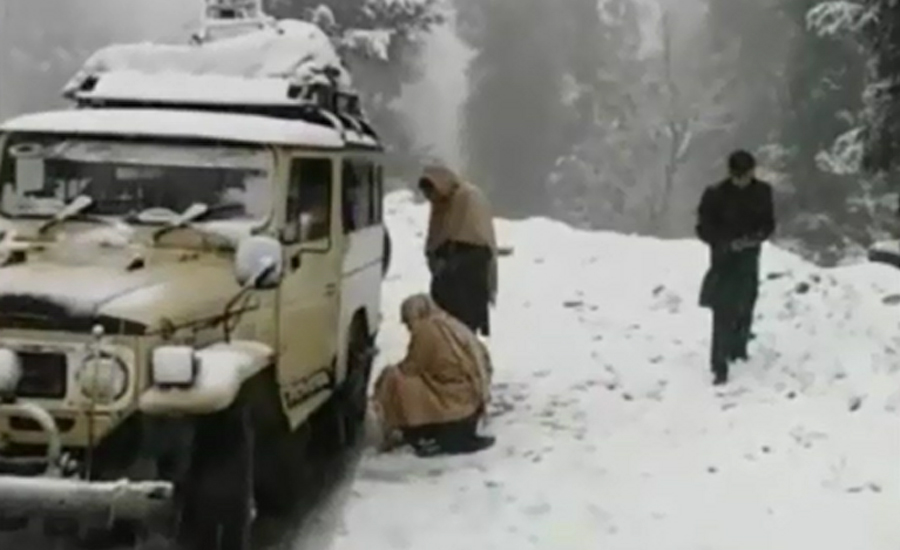 QUETTA (92 News) – Four people were killed when an avalanche fell on them in Shishi-Koh Valley, Chitral on Sunday night. According to Deputy Commissioner, Momin and Amir Zada, sons of Khaista Khan, residents of Shahinoor Shishi Koh, Saad Muluk son of Bahadar Khan and Usman Khan son of Gul Muhammad, residents of Kauti Arandu (near Pak Afghan border area had gone missing in an avalanche that hit them in a very far-off area. They had gone to a grazing ground to bring their animals back when the avalanche hit the area. The teams including Rescue 1122 were sent to the area but it would take hours for them to reach there on foot. The bodies have been recovered. In Leepa Valley, Pak Army rescued 30 people stranded in snowfall. On the other hand, mercury fell below the freezing point in Ziarat and Kalat on Sunday night. Snowfall covered the mountains in Swat, Lawari Top and Kamrat. The Karakoram Highway continued to remain closed for the third day.