Four die in roof collapse after heavy rains in Charsadda 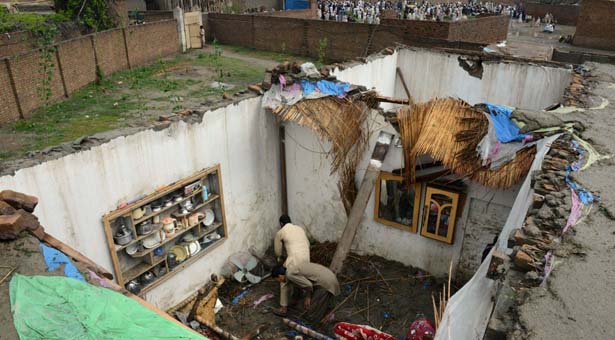 Four die in roof collapse after heavy rains in Charsadda

PESHAWAR (92 News) – At least four people including women and children have died when roof of their house collapsed sporadic rain in Charsadda. The incident occurred when the roof of the house collapsed in Charsadda killing four people including two children and a woman on the spot. After being informed, the rescue teams reached the spot and plucked the bodies from the debris and shifted them to nearby hospital.