Four guards injured in clash with students in Punjab University 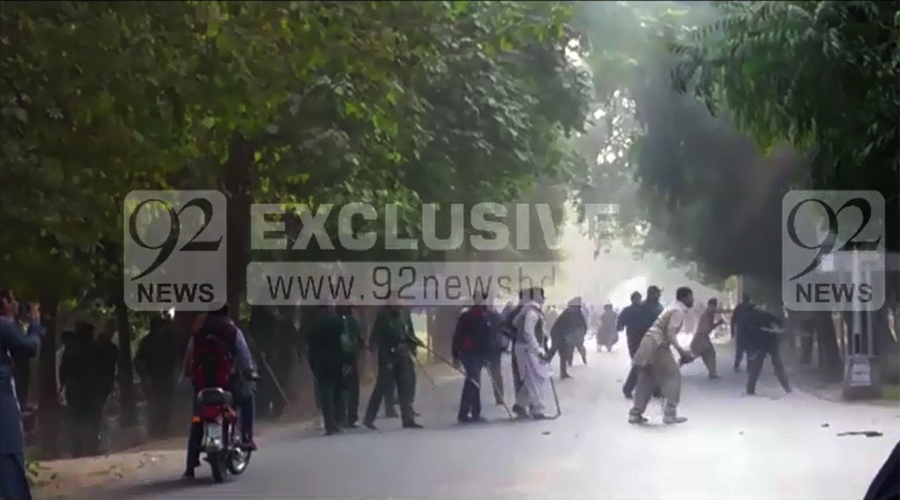 Four guards injured in clash with students in Punjab University

LAHORE (92 News) – Punjab University became a battlefield after a quarrel between students and security guards of the varsity. The students pelted the guards with stones and ransacked the infrastructure. The protesters and guards again clashed after their talks with Vice-Chancellor Kamran Mujahid. Talking to the media, Vice-Chancellor Kamran Mujahid said a student organization has deteriorated the situation. He said that the student organization wanted to organize a seminar without permission of the varsity management. He said that teachers are hurled threats by the student organization. “We have sought the help of police to control the situation,” he added.