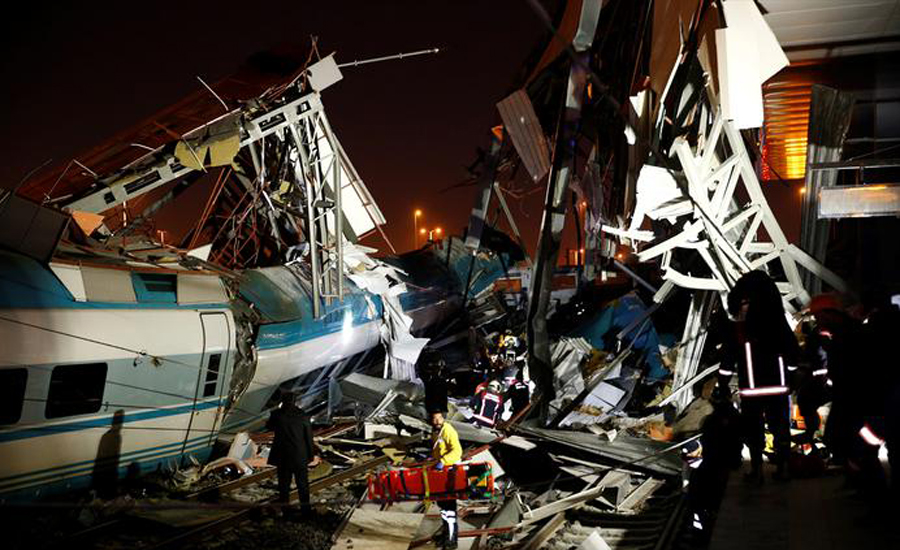 ANKARA (Reuters) - Four people were killed and 43 others were injured in a crash involving a Turkish high speed train in Ankara on Thursday, Ankara Governor Vasip Sahin said. Speaking to reporters at the crash site, Sahin said the high speed train, which was travelling to the central province of Konya, had crashed into a locomotive which carries out track inspections.