Four Major Generals of Pakistan Army promoted to next ranks

Four Major Generals of Pakistan Army promoted to next ranks 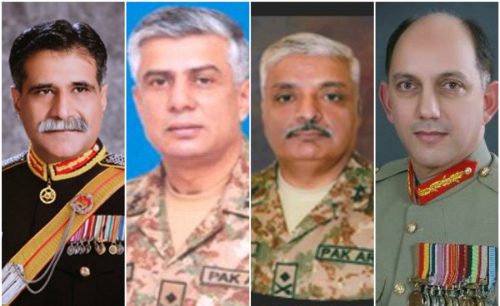