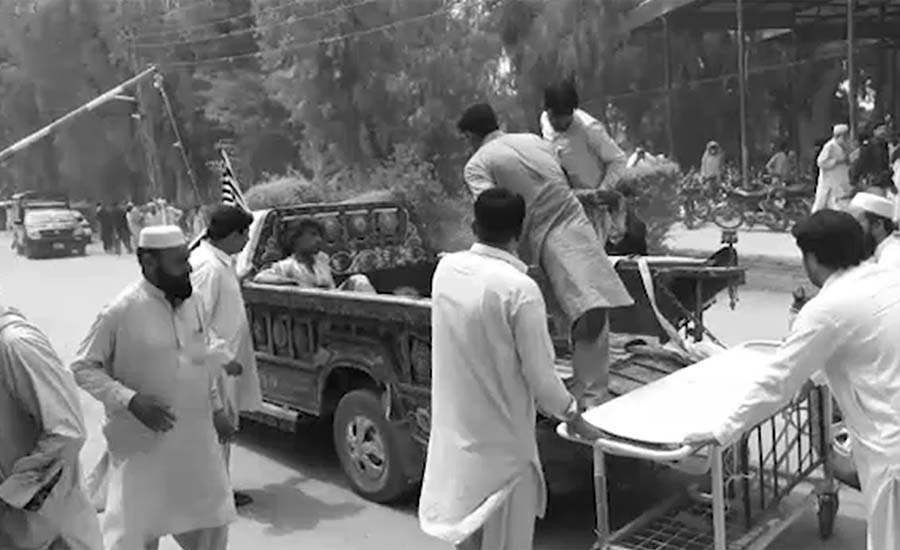 BANNU (92 News) – At least four people martyred and 28 wounded in an explosion near convoy of Jamiat-e-Ulema Islam-F Akram Khan Durrani in Bannu today's morning. As per details garnered, Akram Durrani remained safe during the bomb attack near to his convoy. However, Akram Durrani was heading towards Bannu to participate in elections rally. He is contesting election from NA-35 against Pakistan Tehreek-e-Insaf (PTI) Chairman Imran Khan. The rescue teams immediately reached at the spot and injured people are being shifted to DHQ Bannu hospital. The explosion occurred shortly after a MMA corner meeting ended at Haved Market. The bomb was installed in the motor bike. This is the second major incident of pre-poll violence in the country. Earlier in the week, Awami National Party leader Haroon Bilour among 20 others, was martyred in a suicide attack in Yakatoot neighbourhood of Peshawar.