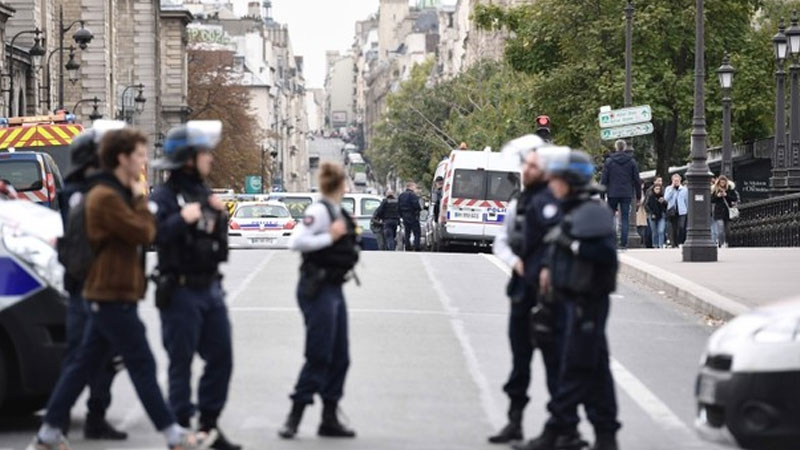 PARIS (Reuters/AFP) – A man employed at police headquarters in central Paris stabbed four officers to death Thursday before being shot dead by police, sources told AFP. Investigators suspect a workplace row sparked the deadliest attack on police in France in years. The attacker worked at the police building in an administrative capacity. An assailant fatally stabbed a police officer inside the Paris police headquarters on Thursday before being shot dead by another policeman, a police union official said. There was no word on the motive for the attack, which took place in the heart of the French capital near Notre-Dame Cathedral. The area around the police headquarters was sealed off and the nearest metro station was shut for security reasons, the transport authority said. “As we speak, one colleague is dead following a knife attack. Another colleague is in a state of shock [...] and the person behind the attack has been shot by another colleague,” Loic Travers, local head of the Alliance police union, said on BFM TV. A police spokesman said he had no comment on the incident. Police sources told Reuters the attacker was believed to have been a member of staff at the headquarters but there was no immediate confirmation of this.