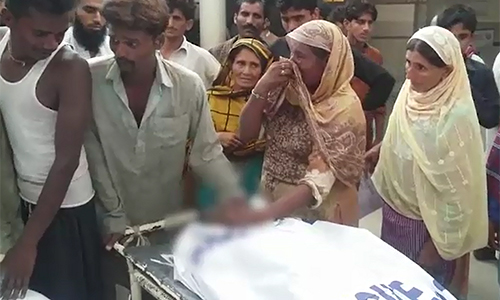 MUZAFFARGARH (92 News) – Four sanitary workers were killed while clearing a sewage line on Saturday. After the incident, sanitary workers turned violent and staged a demonstration, tortured the officers and ransacked hospital. They also blocked National Highway in protest against the killing of their colleagues. A case has been registered against eight officers, including TMO Malik Afzal and Chief Sanitary Inspector Saifullah, under section 302 of the PPC. Meanwhile, the FIR has been sealed.