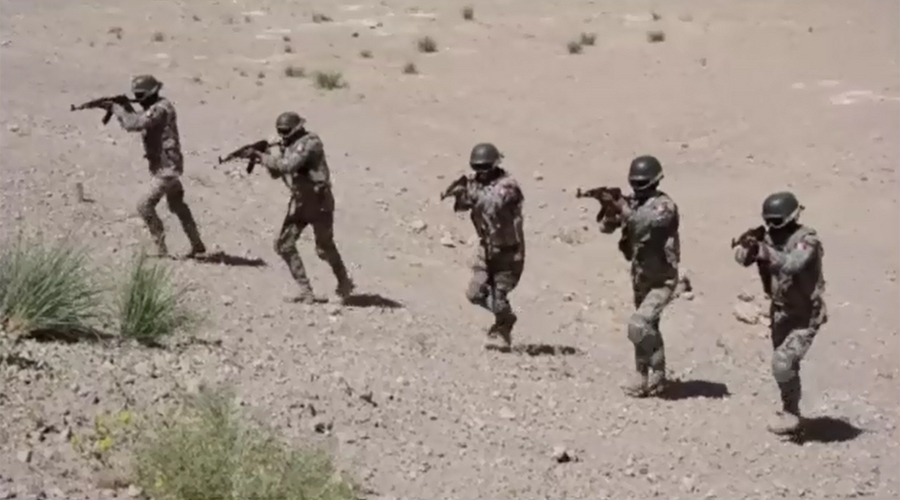 QUETTA (92 NEWS)-Four security personnel were martyred and three others injured in an attack on FC convoy at Gawak area near Turbat in Kech District on Sunday evening.

According to the security forces, the injured personnel have been shifted to civil hospital Turbat, for treatment.

The Prime Minister expressed deep sorrow and grief over the loss of precious human lives.

Nawaz Sharif reiterated government's unflinching resolve to eradicate the menace of terrorism from the motherland.

Chief Minister Balochistan, Nawab Sanaullah Khan Zehri has also condemned the attack on FC convoy and has expressed sympathy with the bereaved families.