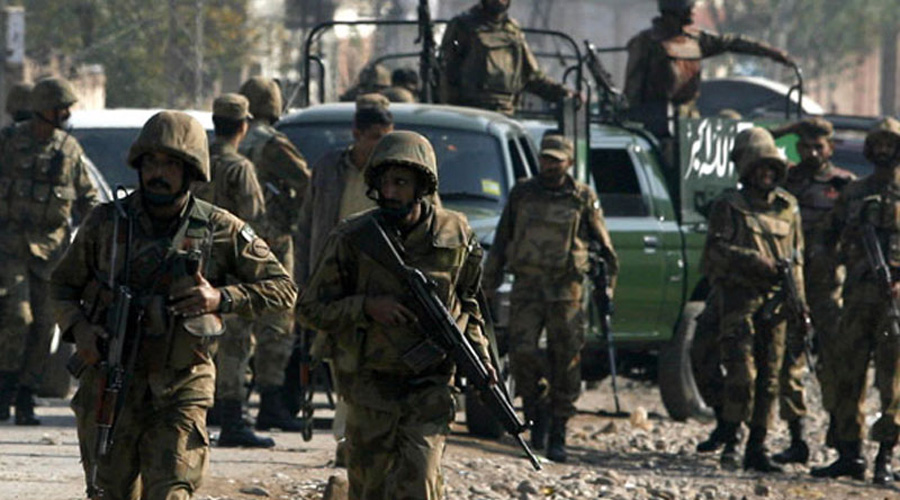 PESHAWAR (92 News) – At least four terrorists including suicide bombers were killed in an exchange of fire in the provincial capital’s Warsak Road on early Friday morning. According to a statement issued by the Inter Services Public Relations (ISPR), the exchange of fire between an unknown number of terrorists and law enforcement personnel reportedly began near the Christian Colony. Police and personnel of security forces reached the spot and started operation against the terrorists, while all roads leading to the Warsak dam were sealed by security forces. Two helicopters are also monitoring the situation. Emergency has been declared in all major hospitals of Peshawar. Director General ISPR Lieutenant General Asim Bajwa confirmed that four terrorists were killed by the security forces. Prime Minister Nawaz Sharif and Chief of Army Staff (COAS) General Raheel Sharif paid tribute to the security forces for foiled major terror attack in Peshawar and expressed satisfaction. COAS Gen Raheel Sharif said that the timely and effective action of the security forces defeated the terrorists. Prime Minister Nawaz Sharif also expressed satisfaction over the effective action of the security forces.