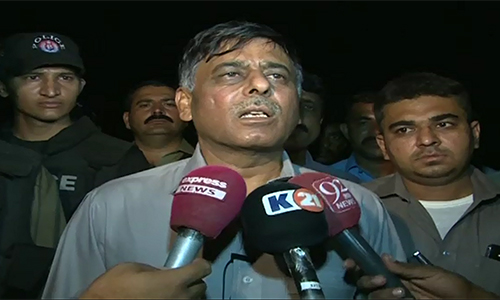 KARACHI (92 News) – Four terrorists were killed in an encounter with the police in Karachi’s Sachal Ghazi Goth area on Wednesday.

SSP Malir Rao Anwaar said that they raided a hideout on a tip-off about the presence of terrorists.

He said that terrorists opened fire on the policemen who retaliated, killing four terrorists.

The SSP said that the killed terrorists included Khan Wali and Ameerullah Mehsud.

He said that Ameerullah Mehsud was also involved in attacks on security forces.

Meanwhile, two target killers have been arrested from Usmanabad and Landhi V.