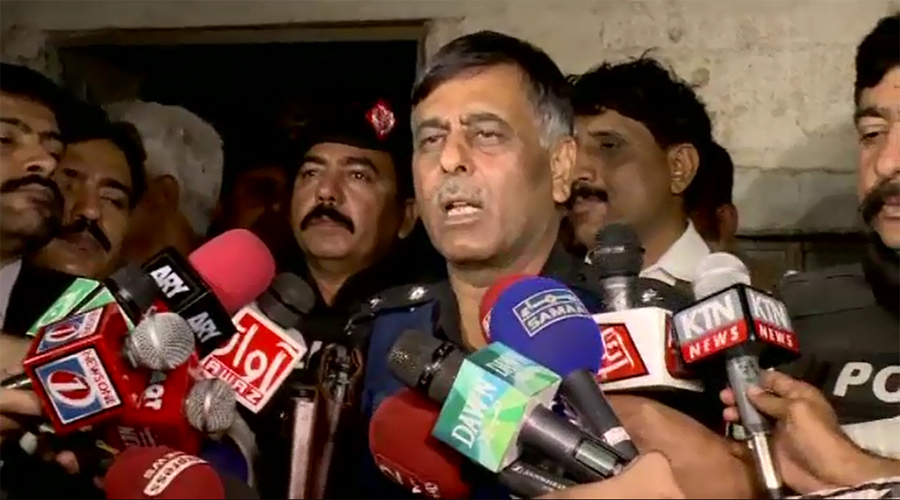 KARACHI (92 News) – Four terrorists were killed in an encounter with the police at Quetta Town on Monday. SSP Malir Rao Anwaar said one of the killers was a cousin of notorious terrorist Naeem Bukhari. He said that a huge quantity of weapons, including two Kalashnikovs, two hand grenades and two suicide jackets, was also recovered from terrorists. Rao Anwaar said that Saleh Muhammad was involved in the incidents of sectarianism and target killings. He said that the terrorists were planning to target law enforcement agencies.