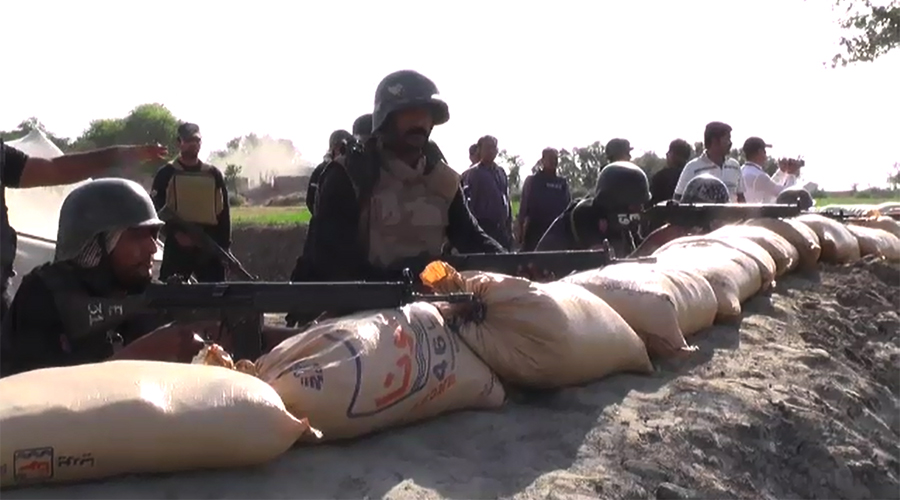 RAWALPINDI (92 News) – Four terrorists were killed while an official was martyred in a combing operation in Gayandari area along the Punjab-Balochistan border on Saturday. According to the ISPR, the operation has been launched in the Gayandi area under instructions from Chief of Army Staff General Raheel Sharif. A huge quantity of weapons and explosives was also recovered from the terrorists. Meanwhile, 92 News has received the details of places where the Rangers will be called in Punjab. Sources said that 17 places in 13 districts would be called in Punjab. They added that sensitive agencies had been activated for the operation, which would be conducted in three phases. They said that in the first phase, action would be taken in four districts.