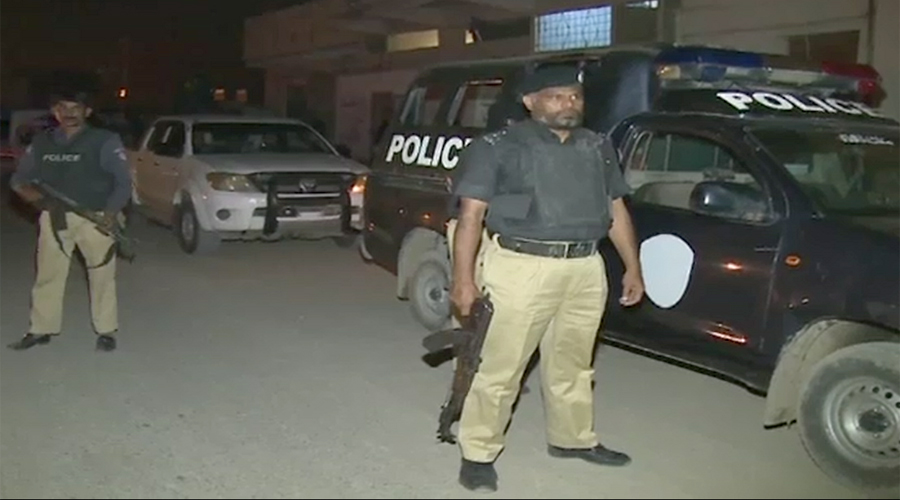 KARACHI (92 News) – Four terrorists of belonging to the MQM London were arrested from Rizvia area on Monday.

The police said that the accused used to cut bodies into pieces and threw them in the garbage container.

They said that weapons were also recovered from terrorists.