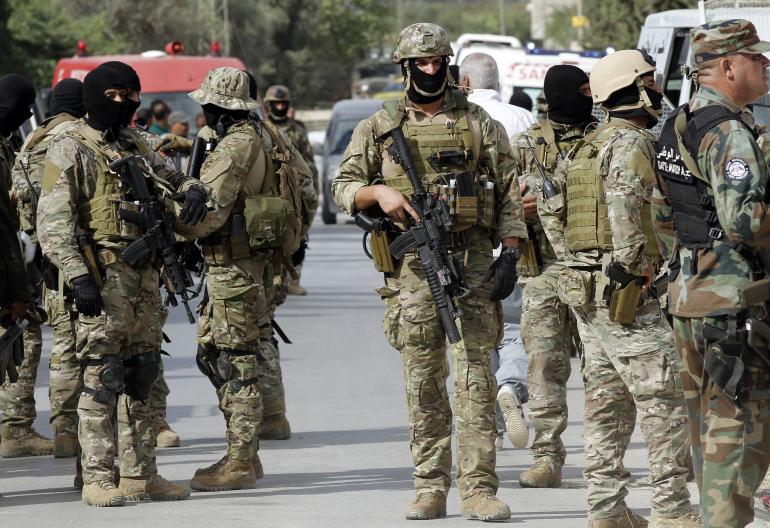 TUNIS (Reuters) - Four Tunisian police have been killed in a militant attack in the central region of Kasserine close to the border with Algeria, the government said on Tuesday without giving further details. Local radio said on Wednesday suspected militants had opened fire on a national guard police checkpoint. Tunisia is engaged in a campaign against Islamist fighters who carry out shootings and bombings mostly against security forces. Troops are also trying to flush out fighters from a base in the Chaambi mountains near Algeria. With its transition to democracy complete after a 2011 uprising against autocrat Zine El-Abidine Ben Ali, Tunisia's government is turning its attention to tackling economic reforms and also security with a crackdown on Islamist extremists. More than 3,000 Tunisians have left to fight in Syria and Iraq. Several Islamist militant groups emerged after the 2011 uprising, including Ansar al-Sharia which is listed as a terrorist organization by U.S. and European officials.