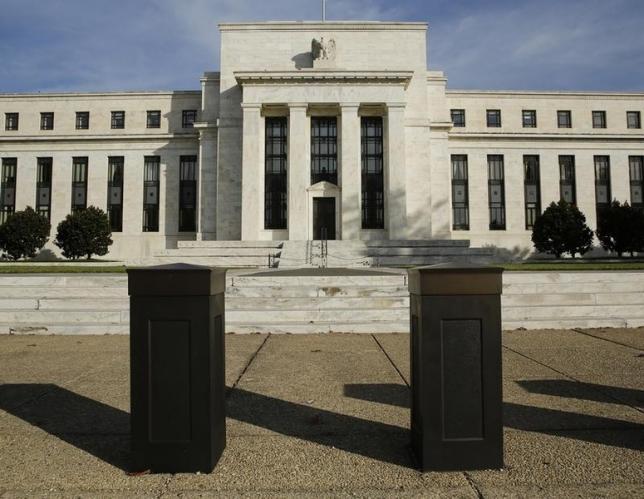 WASHINGTON - Four regional Federal Reserve banks pushed to convince the central bank to raise the rate it charges commercial banks for emergency loans, meeting minutes released on Tuesday showed. Ahead of the Fed's March 17-18 policy-setting meeting, directors of the Cleveland, Philadelphia, Kansas City and Dallas Fed banks asked the Fed's board to bump up the discount rate to 1 percent from 0.75 percent, according to the minutes of Fed board meetings. The board, however, sided with the seven other regional Fed banks in opting to hold the rate steady. Minneapolis Fed directors voted to cut the rate to 0.5 percent. The four regional banks that requested a hike want to normalize the spread between the discount rate governing Fed lending to banks and the overnight federal funds rate, which is the central bank's primary economic lever. That lever has been locked in a zero-0.25 percent range for years. Ahead of the 2007-2009 financial crisis, the spread stood at 1 percent, but the Fed cut it to foster liquidity during the crisis. Directors from the Fed's 12 regional banks felt the US economy was improving, with inflation stuck below the central bank's 2 percent target. "Although several directors cited recruiting difficulties as well as emerging wage pressures for some jobs, increases in broad measures of nominal wages generally remained modest," the minutes said. - Reuters