Foursomes may not be awesome for rookies: Kaymer 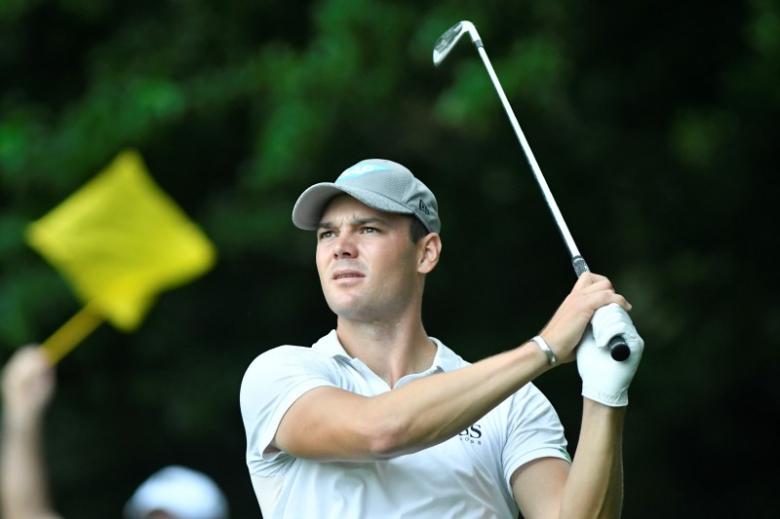 Foursomes may not be awesome for rookies: Kaymer

LONDON - Europe will field six rookies in this month's Ryder Cup against the United States but captain Darren Clarke may not pick many of the newcomers in the foursomes matches, according to wildcard choice Martin Kaymer. US Masters champion Danny Willett, Chris Wood, Rafa Cabrera-Bello, Andy Sullivan, Matt Fitzpatrick and Thomas Pieters will make their first appearances in the competition when Europe defend the trophy at Hazeltine, Minnesota. The biennial team event consists of two sessions each of fourballs and foursomes plus 12 singles on the final day and Kaymer hinted that the holders would opt for experience in the alternate-shot format. "In foursomes I believe the statistics say that with two rookies playing together there is a seven percent chance they will win their match," the 31-year-old German told Reuters in a telephone interview. "I don't know how Darren will set up the team but I think especially in the foursomes you need experienced players so I don't know how many rookies he will put in that format." Kaymer was selected by Clarke as one of three wildcards, along with Belgian Pieters and 43-year-old Englishman Lee Westwood. The winner of the 2014 US Open and 2010 US PGA Championship will be featuring in his fourth Ryder Cup but he does not see himself as any sort of team leader. "I wouldn't call myself a Ryder Cup veteran, Lee Westwood and Sergio Garcia are veterans," said Kaymer, a brand ambassador for Mercedes-Benz, official patron and vehicle of the Ryder Cup. "Some people say I have more of a leader's role this time but that's not how I see it. It's not really in my character to be a leader but I will be there for any of the rookies if they need any help. "Lee is the most experienced player in our team. He took me under his wing when I played in my first Ryder Cup in 2010." MIRACLE IN MEDINAH Despite his two major championship triumphs and the eight weeks he spent at the top of the world rankings in 2011, Kaymer said he attracted more attention for his Ryder Cup exploits than anything else. The normally placid German celebrated wildly when he sank an eight-foot putt at the 18th hole to defeat Steve Stricker and seal Europe's 'Miracle in Medinah' comeback victory in Illinois four years ago. "People recognise my name more for the Ryder Cup than they do for my major wins," said Kaymer. "That shows how important the competition is in the world of golf and in sport generally." Kaymer will prepare for the team event by playing in the Italian Open that starts on Thursday and next week's European Open in Germany. "I'm going to be working a little bit more on my short game over the next couple of weeks because in match play you have got to make those important putts," he said. This is the first time that Kaymer has had to rely on a captain's pick to make the team but he believes it will have no bearing on his performance or his mindset. "It shows I have the trust of the captain," he said. "Due to the success me, Lee and Thomas have had, I think we have the respect of our team mates. "We believe we properly belong to the team and that we can contribute something. I will play as many matches as Darren wants me to play," said Kaymer. "I won't give any less or any more than if I had gained automatic selection. I am part of the team and I've got to deliver." Europe will bid to win the Ryder Cup for the fourth time in a row from Sept. 30 to Oct. 2. -Reuters