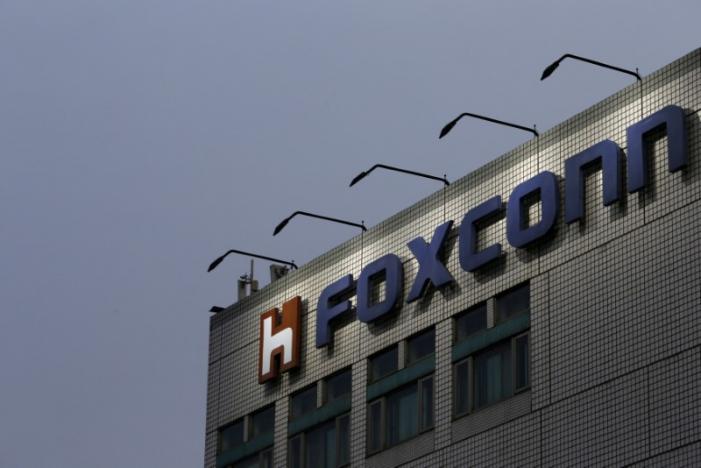 NEW YORK – A joint venture between Hon Hai Precision Industry Co (2354.TW), known as Foxconn, and Sharp Corp (6753.T) plans to build a 61 billion yuan ($8.8 billion) factory in China to produce liquid-crystal displays (LCDs). Sakai Display Products Corp's plant will be a so-called Gen-10.5 facility specializing in large-screen LCDs and will be operational by 2019, the company said at a signing event with local officials in Guangzhou on Friday. It said the plant will have capacity equating to 92 billion yuan a year. The heavy investment is aimed at increasing production to meet expected rising demand for large-screen televisions and monitors in Asia. Global LCD output was hit this year by the closure of a Samsung (005930.KS) factory that accounted for 3 percent of the market, as well as factory stoppages in Taiwan after an earthquake in March. China's largest LCD panel maker, BOE Technology Group, began construction on its own Gen-10.5 plant in Hefei in December last year, with production scheduled to begin in 2018. In May Shenzhen China Optoelectronics Technology Co, asubsidiary of TCL Corp, announced that it would begin construction on a 50 billion yuan LCD plant in Shenzhen. Sakai Display Products Corp's plans for the Guangzhou plant come as Hon Hai seeks to turn the joint venture into a subsidiary, investing a total of 15.1 billion yuan in the company. The venture will also sell 436,000 shares for 17.1 billion yuan to an investment co-owned by Hon Hai Chairman Terry Gou, giving Hon Hai a 53 percent interest in the business and lowering Sharp’s stake from to 26 percent from 40 percent.  –Reuters