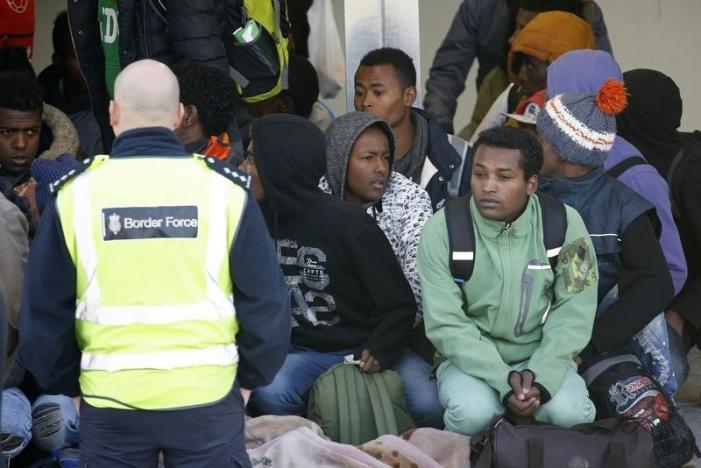 French authorities began moving about 1,500 unaccompanied child migrants from the site of a demolished camp to reception centers across the country on Wednesday, as a standoff with Britain over who takes care of the youths dragged on. A Reuters photographer witnessed the departure of the first bus at around 0830 AM (0730 GMT). The minors have been housed temporarily in converted shipping containers in the northern seaside town of Calais after demolition teams tore down the "Jungle", a ramshackle camp of shacks and tents. Thousands of other migrants have already been relocated across France. Diplomatic tensions between London and Paris have intensified in recent days after President Francois Hollande urged British Prime Minister Theresa May to accept Britain's share of responsibility for the minors. British officials called on France to take better care of them. An official from the Calais prefecture said around 70 buses would be used to transport the children. British interior ministry officials were aboard the first bus. -Reuters